Momoland has a taste of Filipino on their new music video

entertainment 3:27 AM
A+ A-
Print Email
Famous South Korean girl group Momoland gave a taste of Filipino on their new song "BAAM" --- which is the title track of their album "Fun to the World".

Philippine flag was carried by one of the Filipino's most favorite members in the group, Nancy McDonie, plus jeepneys on the background on the same scene and while she calls some members to join in. 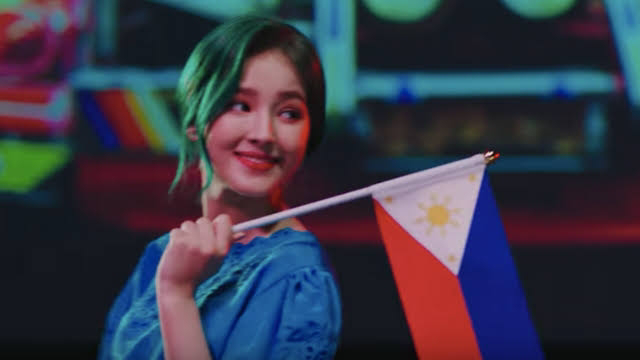 Aside from that, Filipinos can't wait for them to visit the country as they have made an announcement to visit Manila and meet their Filipino fans, while Nancy would like to meet Liza, as well, and dance with her their hit song "Bboom Bboom".

Filipinos fell in love with the group, and even their song "Bboom Bboom" became a dance craze in the country.

Men, women, gay, transgender, or whoever they are... did not miss the chance to be part of the dance craze.

Many netizens had uploaded their dance and funny versions of their "Bboom Bboom" moves.