entertainment 12:51 AM
A+ A-
Print Email
The newest title holder of Miss Q and A on It's Showtime ABS-CBN made everyone laugh with her impromptu opinions and thoughts. She is wittier than what you can expect her to be.

She is called President Ganda Curtis-Smith, a combination of the show hosts Vice Ganda and Anne Curtis-Smith Heussaff. 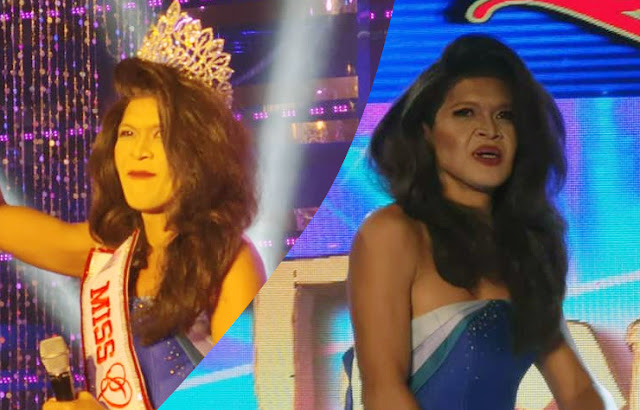 She started her win on Wednesday, 13th of June 2018 beating the defending queen, Lars Pacheco.

Candidate number one explained that she explained earlier that it is as well "white" in English word, while candidate number 3 President Ganda responded that it was not convincing. Everyone was laughing and so the comedian who is the first recipient of Dolphy Quizon Lifetime Achievement Award, Vice Ganda. Candidate number 3 as well made a remarkable dance move, the "recounting dance" which made everyone dance that time.

Luckily after the first round, President Ganda made it to the 2nd round. On the second round she answered a funny question in a witty way. The question was, "if she runs and the raindrops got her, will she congratulates the rain?". Her witty answer was, "no, she will not congratulate the rain. Instead she will say let's do a second round". She continued to say that "she will dare the rain to run again with her", and then said, "rain, rain, why rain now, when [the sun] today is the day that I will dry you up (said in Tagalog we translated in English)".

She made it again up to the final round, "Wit Lang'.

The question on the final round is 'what thing did they regret to throw away'. She answered 'the money that her dad spent for her', she is supposed to graduate but made some bad decision during the last semester of her study. If she uses the money wisely then her dad's passing would be [peaceful] with a smile. But she continues to stand up and gives joy [to everyone].

The defending queen answered diploma, closely the same idea to the challenger. For that reason, the fight was a match.

In the end, President Ganda declared the winner and the newest title holder of Miss Q and A.

Watch the her funny moments below: