entertainment 5:00 PM
A+ A-
Print Email
Janine Berdin won the Tawag Ng Tanghalan season 2 after making it to the final round with her song "Nosi Balasi" by Sampaguita. Her medley song choice of Bamboo outshines the other finalists during the final round.

She started as a child actress and she even joined Star Circle Quest "Search for the Next Kiddie Superstar". She made an appearance on some TV shows such as "Maalaala Mo Kaya" as a young version of the stars who lead the role, "Wansapanataym", and "Mutya" as the school bully. 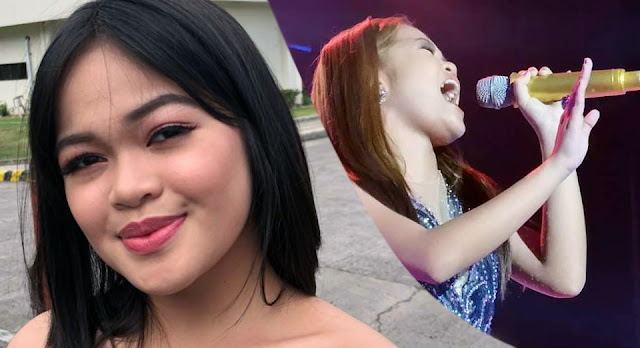 Janine is from the Queen of the South, Cebu, and she represents Visayas together with Reggie Tortugo. Janine was sent by combined public votes and judges' scores to the final round competing with Mindanao' representative, Ato Arman, and Global representative, Steven Paysu.

The youngest competitor in the group of finalists and as well the first finalist to proceed to the main Grand Finals making her rest from the competition for 3 days, and do some practicing. Janine can't be a biritera as she said but her vocal prowess is inevitable. She has a unique husky voice and that's her trademark.

₱2 million pesos, house and lot, business package, and more are what Janine has won in the competition, making her a young millionaire. She also won a recording contract which made her a certified singer.

She may not be successful before with her acting career but with her singing skills, she will become one of the huge names in the country.

Watch her 1st round performance below: