entertainment 3:15 PM
A+ A-
Print Email
Another day where brains compete on the noontime hit show "It's Showtime" as their "Miss Q and A Semi-Finals" continues. The darling of the crowd, Elsa Droga Mendoza took home ₱100,000 as she swept a win on every debate despite having no birtud (efficacy) on that day.

Maria Katrina Lopez got the first birtud of the day and chose to pass the debate to her opponents. She gave the battle to Elsa and Ligaya Maligat on the topic, "What kind of boyfriend that gives you a bad trip, 'masyadong maingay' (Too Noisy) or 'walang imik' (Mum). She assigned the 'too noisy' to Ligaya, while Elsa got the 'mum'.

Elsa won the first round of debate (as well winning ₱25,000) since Ligaya was not able to defend her side correctly, saying like she agreed that mum boyfriend is more annoying or gives you a bad trip instead of saying her side which is the too noisy.

On the second round, Melanie won the birtud and, as well, chose to pass the debate to the other candidates. As part of the strategy, she chose to have Elsa go against with someone having more crowns among them, and that is Benzen Galope Delos Verges.

The topic was, "Which one gives you a close fight [against your lover], 'barkada' (friends) or 'games'. Melanie distributed the answer; Elsa got the games, Benzen got the friends.

Elsa started the debate saying that 'it should be the game, it is not the relationship that was taken but the time', she included that 'she trusted [her lover] to go with his friends, it's his friends [so he could definitely give time to them]'. She, as well, stated a phrase that 'love is a game'. Benzen said 'it should be the friends since there are no parents on that company and that might not lead [your lover] to the right path. Friends because, friends took more time from you and your relationship's time'.

The audience can't be stopped from cheering Elsa. The judges was torn apart since the verdict is not unanimous, but the majority of them voted for Elsa to win the round.

On the 3rd round, Melanie got her 2nd birtud and decided to pass the debate as part of her strategy. There are 2 candidates left (Elsa and Katrina) and all Melanie should do is assign the answers to each candidates.

The topic was "Nose or mouth: Which one is better to use in breathing", Melanie gave Elsa the mouth, while Katrina got the nose. 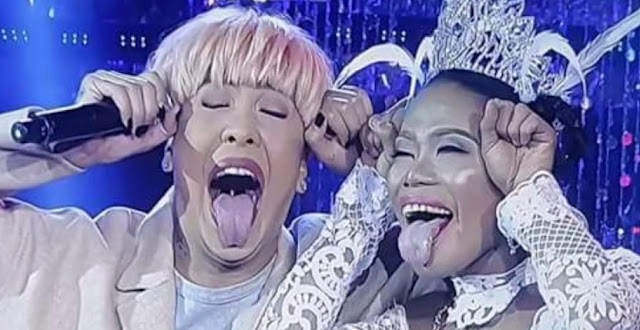 Elsa said that 'breathing should be in the mouth since [people] say that you got a bad breath from your mouth, not from your nose, so the breath came from the mouth and that should be the part of the face that be used in breathing'. Katrina said that 'in studies, breathing in your nose is healthier and that is why it is better to use in breathing. If you breathe in using your mouth that has bad breath, that could destroy your mouth [or get infected]'.

The panel said that there is clever and there is wit, and that round went to Elsa bagging another prize money and advancing to the final debate of the day.

On the final round, Melanie got her 3rd birtud which gave her the power to choose which answer she wanted to defend in the topic, "which place should the sex education be taught first, 'paaralan' (school) or 'tahanan' (home)". Melanie picked home while Elsa got the school.

In this round, the battle is a bit even. Melanie got the first place on their first part of the 60 seconds saying that 'sex education is a sensible topic, and that should be taught by your mom first rather than other people. So she believed that it should be taught first at home'. But during the second part of the 60 seconds, Elsa exploded a good rebuttal, "how about those children who have no mom?". So she truly believed that 'the school would be the best place to teach sex education to kids since there are a lot of kids nowadays that carry a child despite their young ages who are in school [and kids who has no parents that might be the reason why they were not able to walk the right path in life]'.

Elsa Droga won the final debate bringing home ₱100,000 and a chance to be crowned as the first Miss Q and A winner.

Other finalists including the hall of famers are waiting for her and other candidates to fill the list of finalists and compete this coming Saturday, the 30th of June.