Duterte, "the Peace Talk should be in Philippines"

local, news 1:44 AM
A+ A-
Print Email
Finding a path forward in the extended peace talks between the Philippine government and the CPP-NPA-NDF has turned out to be elusive to the point that numerous Filipinos have wearied of each administration push to talk, and each calling by the socialist side of its craving for peace. Take the word war that has followed over the deferment of the peace talks. It's frustrating to see the two sides occupied with verbally abusing.

Postponement of the discussions happened due to President Rodrigo Duterte statement that the arrangements ought to be held in the Philippines rather than Norway. 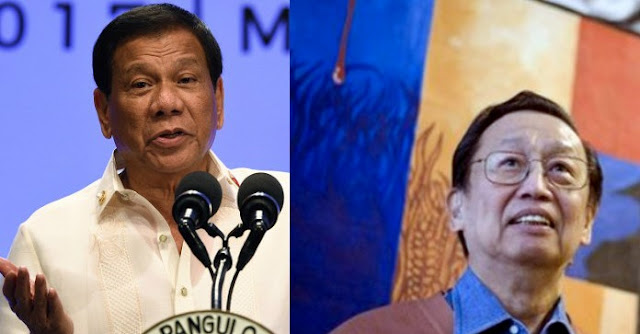 He encouraged the NPA powers to restore "the general population's war" against the legislature. The administration side, which incorporates the Armed Forces of the Philippines (AFP), returned fire, with Defense Secretary Delfin Lorenzana) calling Sison names, for example, "ruined rascal," who is "distant from the real world". Consider how US President Donald Trump and North Korean pioneer Kim Jong-un broke the ice after they traded affronts.

Multi year back, Trump called Kim the "rocketman", and Kim called Trump a "dotard". Strangely, it was simply after they relinquished the names of mishandle that US-North Korean connection started to push ahead, coming full circle in the effective Trump-Kim summit in Singapore a week ago.

At this vital time in the extended talks between the Philippine government and the comrade gathering, the two sides ought to take in a stage or two from the Trump-Kim summit turnaround. They should move far from the basically nonsensical routine with regards to calling each different names. It ought not make any difference much who or what as of late postponed the discussions if the two sides are genuinely sincere in their craving to hold formal transactions to end the decades-old socialist uprising in the nation.

The administration has raised the requirement for an "empowering situation" for holding the peace talks.

Peace process guide Jesus Dureza said the legislature has chosen to postpone the transactions with the socialist radicals, refering to the need to counsel the general population first. President Duterte has communicated his conviction and suggestion that the Philippines ought to be the setting of the following round of peace transactions with the socialist agitators. This has won help from the AFP, as well as inside a great part of the legislature. In Congress, the Senate minority has been conspicuous in communicating support for the possibility of the peace talks being held in the Philippines and not in an outside nation.

Prominent among the declarations of help was the support by Senate minority pioneer Franklin Drilon. Drilon, who is once in a while to be found in favor of the organization, strongly proclaimed, "I bolster the President's choice. It's about time we changed the setting of the peace chats with the National Democratic Front [NDF]; it is time that these occurred on Philippine soil". Drilon trusts that the Philippines facilitating the peace arrangements can help the certainty and earnestness of the two gatherings in the peace procedure.

By consenting to hold the peace talks in the nation, the comrade gatherings will have the capacity to demonstrate that (Drilon included) "it has genuinely consented to perceive the authenticity of the legislature as the properly constituted specialist".

Proposing that holding the discussions at home will mean acknowledgment by the communists of the authenticity of the Philippine government isn't probably going to win the help of Sison and other socialist dissidents. Sison has kept going this long as a socialist pioneer by being firm. Yet, it is unequivocally resoluteness, and additionally an absence of creative ability, that has successfully bound the discussions to disappointment. How about we check whether Sison will get a handle on the delicate open door for peace offered yesterday.
Share to: