Cebuana hitmaker Karencitta released a teaser of her new song

entertainment 1:05 AM
A+ A-
Print Email
After the Bisaya-English song "Cebuana", a successful introduction of herself to OPM scene, was made, Karencitta is back with her new single which means to reveal to her audience members to dismiss the detest and never apologize for being their identity.

In a secret discharged by means of her web based life accounts, Karencitta prodded her tune "No Apology (Wala Akong Paki)" (I don't care) demonstrating a progression of people of various race, sexual orientation, ethnicity, and inability status. 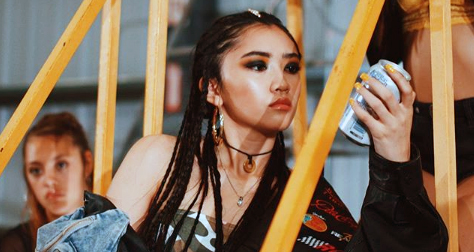 In her song it says like "I am ME, I'll make no apology". Aside from the message that beat is good, some kinda like her Cebuana hit on being upbeat.

Different people was shown in the music video including the YouTuber Yani Macute and handsome partner Fabio that tells they don't care about the people who judge them being in love with each other, they know they are in the same gender, but who cares, love wins and there's no need to say sorry about it which is very true.

Why care to someone who doesn't feed you? And if he/she feeds you, why care about his/her opinion, if that makes you happy and as long as you are not stepping on someone's feet, go for it and don't even waste a time to make an apology. That's you and you should say "You are Welcome".

Karencitta is now based in US but a true Filipina who once lived in the Queen of the South, Cebu City, Philippines.
Share to: