Brunei-based businesswoman to file a case against Sunshine Cruz, Joel Cruz, and more

local, news 4:23 AM
A+ A-
Print Email
Kathelyn "Kathy" Dupaya, a Brunei-based businesswoman may file libel to a lot of celebrities who made  public statements against her.

The issue went on as Joel Cruz, Sunshine Cruz, Ynez Veneracion, Mark Jalandoni, Emma Yan, and Susan Ortega, and probably more, made a public statement saying that Kathy is a scammer. 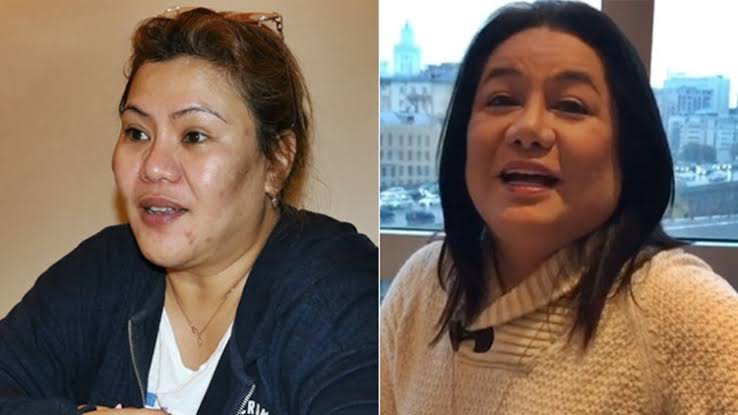 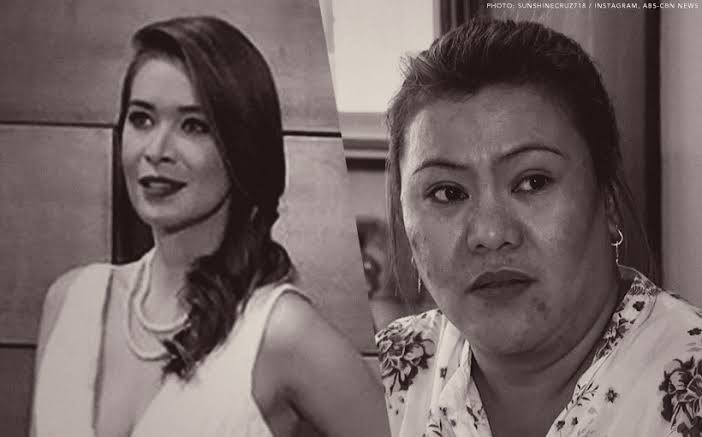 In a Facebook Live interview, Kathy without thinking anything, answered all the questions straightforwardly while holding the evidences against the named celebrities.

She said that she was more hurt to know that Sunshine is doing something against her as she treated the actress as her family. All the expenses in Sunshine's trip to Europe and Brunei, hotel, air fare, all of those were shouldered by Kathy, and every time Sunshine felt lonely Kathy was there to comfort. Even Kathy's kids had sleepover in Sunshine's home whenever Kathy and her family visited the Philippines. She was hurt because she treated Sunshine as her family.

Kathy was interviewed by TV5 thru Facebook Live, and was asked about Joel Cruz, as well. Initially, she didn't know who Joel Cruz was that time. It was her child's birthday and she was throwing a party, she called Joey (Sarmiento) to join the celebration but that Joey asked if he could bring Joel Cruz, she asked "who's that". Joey explained that Joel is a rich [businessman] and he wants to know Kathy as he likes to talk about business things. Kathy then response that she couldn't entertain Joel for any business matter since it is her child's birthday, but Joey insisted to bring the owner of Aficionado so she said okay.

When Joey arrived to the party he then asked Kathy to entertain Joel because Joel is a rich businessman. Kathy said, "then what if he is rich, it's my child's birthday, and I told you I cannot entertain him today (translated from Filipino)". Joey asked if she could just guide Joel to a seat. So Kathy went to let Joey sit down.

That's the first time they knew each other until they make business with each other later that time. Joel Cruz went to Brunei with all Kathy's expenses. Kathy then agreed to pay Joel with his perfume and she confirmed it was paid, and all she received was expired perfume from the lord of scent.

Joel file an Estafa case against Kathy, but Kathy will not back down as she has evidences that will prove that both of them are still communicating. All of their communications are recorded since they don't talk on phone, they texted on Viber app. Luckily for her, she did not lose those messages.

Kathy tried to loan in Philippine banks to pay Joel with her balance but she said that 'Joel went to the bank/s where she applied to discredit her', now how can Kathy pay him.

While Mark Jalandoni story is about stealing. Kathy said that Mark took her bag/s with a legit ring in it.

Ynez also publicly claimed about her money wherein Kathy said that she had a thick face, she was paid by Kathy --- fully paid, and Kathy has evidences that will prove that she had fully paid Ynes.

On Emma's story, Kathy is holding an evidence that Emma took her money and that Emma had a case in Brunei and definitely Emma is going to be in prison after losing the case. Kathy did not let Emma go to prison because she pity Emma's kids, and they had a moment as friends.

Kathy said 'that Emma withdrawn her money in her bank after she trusted this woman and left her bag full of pre-sign checks'.

She did not tell the public about Emma's case because she doesn't want to discredit Emma but sadly 'Emma discredited her publicly'.

Susan who discredit Kathy as well is also on the list of questions. Kathy said that 'Susan is dramatic. Susan started with ₱2 million, and she is a lender in Casino and she earned 5% per week, all of that earnings are going to Susan herself, she even asked for cellphone/s & watch/es to [some] Chinese. Susan went to Singapore with all expenses shouldered by Kathy, and Susan was able to get a VISA in Europe all shouldered by Kathy, and now Susan was saying that Kathy was scammer for her little amount of claim.

Kathy explained her side with firmness and evidences and said that she will see everyone in court.

Many netizens believed in Kathy's statement and supported Kathy in this battle since people saw her sincerity in her words, and the way she talks and look the interviewers gave them a feeling that Kathy Dupaya is telling the truth.