sports 12:17 AM
A+ A-
Print Email
On Wednesday night, Barangay Ginebra pounded Columbian Dyip hard on the way to a 134-107 triumph that drove the Gin Kings up to joint 6th place in the PBA Commissioner's Cup at the Smart Araneta Coliseum. The Kings really outscored the Dyip in each quarter to finish a night of defeats. 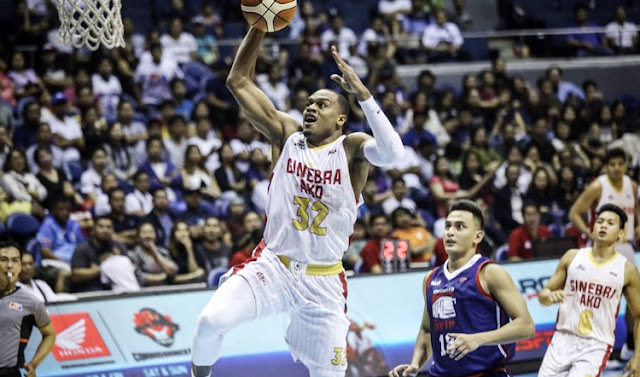 Columbian Dyip, in the interim, dropped to ninth at 4-6. Ginebra mentor Tim Cone that 'that's an absolute game they needed to have. It's an absolute necessity win'.

Cone included that 'the opponents bounced on them. They (Columbian Dyip) hit all shots right on time in the amusement and they ended up panicky.

At that point their protection settled in. They (Ginebra) began hitting their own shots from their resistance and they ran the court well'. Jeff Chan played nineteen minutes in his 1st diversion as a Ginebra King, making 4 pts all from the foul line. He was zero-of-three from the field yet drew acclaims from Cone.

Cone brought up that 'he thought Jeff Chan made a tremendous commitment helping them to settle down.

He had a major effect not with his three-pointers but rather with his veterans smarts. He monitored everyone'. Another new Ginebra exchange procurement Julian Sargent is to join the group in practice on Thursday.

With the diversion past review, the Ginebra swarm droned the names of Jet Manuel. Also, Cone fielded in Manuel alongside Prince Caperal, Jervy Cruz and Aljon Mariano to complete the diversion. The Dyip battled the Kings through seven lead changes and three gridlocks previously collapsing up.