local, news 9:46 PM
A+ A-
Print Email
Patricia Fox, the Australian nun that is in trouble of being brought back to her home country after Bureau of Immigration (BI) wanted to convert her missionary visa to tourist visa, will remain in the Philippines as the Department of Justice (DOJ) has overturn the request of the BI.

In a determination made open on Monday, the DOJ allowed the request of documented by Sister Fox, saying the BI has no legitimate ideal to relinquish visas. Guevarra clarified that while Philippine Immigration laws give the BI wide powers in directing the section and remain of outsiders in the nation, visa relinquishment isn't among those capabilities. Justice Secretary Menardo Guevarra said that 'their current movement laws layout what the BI can do to outsiders and their papers --- including visas --- when they confer certain demonstrations inside Philippine region. 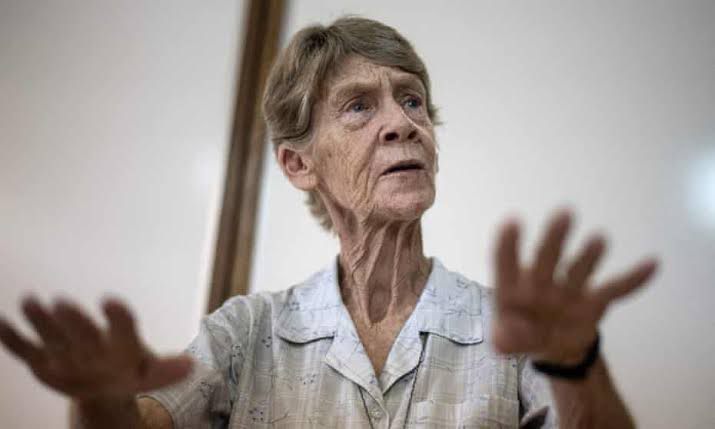 What the BI did for this situation is past what the law gives, that is the reason it must be struck down'. While Guevarra concurred with the BI that visa is a benefit, he said that 'it doesn't imply that it can be pulled back without lawful premise'. Guevarra included that 'the BI can't just make new methods or new grounds to pull back a visa effectively conceded to an outsider'.

To endure BI's activities is to "legitimize statement of a power that does not exist in our laws", Guevarra said. Nonetheless, Guevarra said while the missionary visa is legitimate, the body of evidence without wanting to be dealt with as one for visa undoing, a system that is permitted by law. Guevarra requested the BI to hear the case on visa dropping alongside the expulsion case.

Guevarra said that 'until a last determination of the visa crossing out as well as expelling procedures is come to, or until the lapse of her preacher visa, whichever starts things out, Sister Fox may keep on performing her obligations being a missionary in the country, Philippines'. Looked for input, Presidential Spokesperson Harry Roque said Malacañang regards the choice of the DOJ. Roque said in an instant message, "we regard that determination by the DOJ secretary".
Share to: