news, viral 11:04 PM
A+ A-
Print Email
Filipinos are now fond of shopping online as it is more easy to do, and there are a lot of great deals on it, but we need to be reminded that purchasing online is kinda risky. Lazada is a famous online shopping company, but the seller were not just from Lazada itself, as their app welcomes other online sellers to join the vendor program.

On Ka Bino Guerrero Facebook post, he posted his brother who was in a shipping business branch receiving his smartphone order from Lazada. Ka Bino stated that his brother paid the amount of ₱10,000 to the courier since the order was cash on delivery (COD) but after receiving the parcel he felt the package to be heavy for a smartphone. 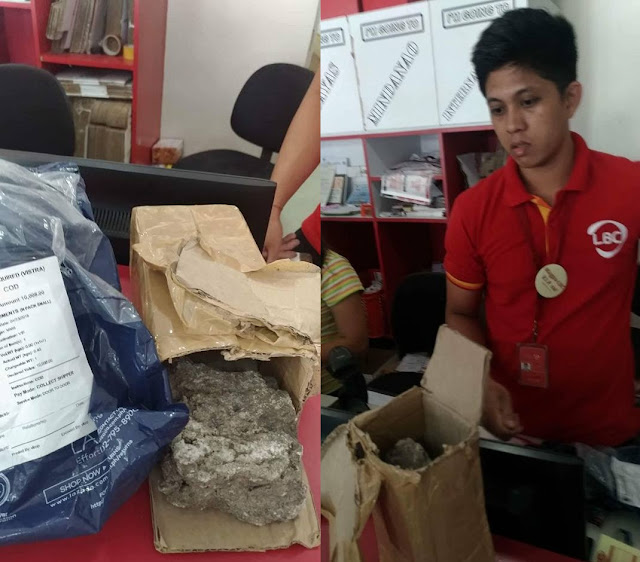 After a 3-step walk towards the door, his brother decided to go back to the counter and open the package to make the shipping courier people witnesses. When he opened the package, it was not a phone but a stone.

The shipping courier people then told his brother to report the incident to the police which he did. Ka Bino as well helped his brother file a report to Lazada.

Gladly Lazada refunded them the amount they paid.

He then said that "not because it's Lazada, it's legit", and a message to the online shopping company "to screen properly their [3rd party] seller".

As per checking his post, it got an update saying that an LBC Express Inc. (the courier of the package) customer service representative called them to see if there's anything else they could help with, they are happy with the assistance but they got pissed off when the customer service rep asked them to delete the viral post he made on Facebook about the incident. 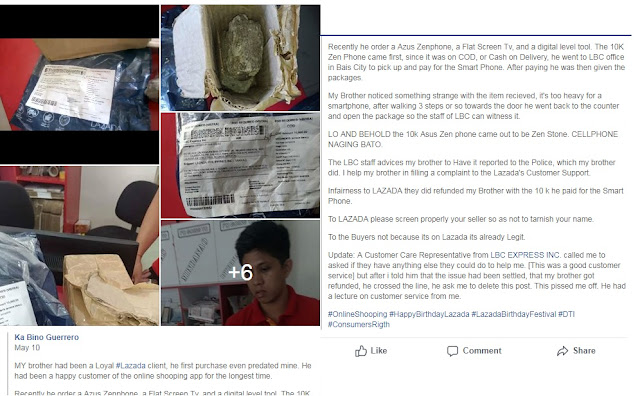