entertainment 9:05 PM
A+ A-
Print Email
The Ultimate Resbak of Tawag Ng Tanghalan has concluded, and it was a tough path for the challengers to win the 2 spots in the finale.

They started with more than 10 contenders named as Resbakers (avengers: for their dream), and now they are down to 4. Two of them will compete to get a chance to move to the next round with a goal of defeating either one of the two owners of the seat of power. 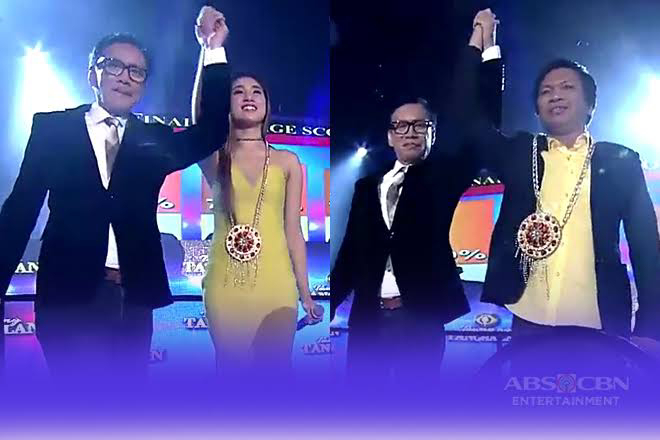 Although the one advancing to the next round needs to defeat only one owner of the seat, the three of them will perform. And the two performers from the three who will get a great percentage from both judges and "madlang people" will advance to their dream level which is the Grand Finals.

Remaining challengers are Aljun Alborme and Mark Michael Garcia. Both of them drawn their luck on who will perform first --- and it was Aljun who'll be performing first as he picked a paper with a number 1 on it.

Aljun performed and he was against the man who has a husky voice, Mark. Aljun who is known for his choices of singing alternative rock songs, chose to sing a classic standard song sung by Tom Jones "Without Love". Judges were surprised of his choice on why he picked a different song away from what the judges known about him, though they still like it, it lacks something that they can't seem to understand what was it.

Mark as well was asked on why did he picked a ballad song turned into RnB, though he sings RnB, the song did not give a punch. Mark picked Bonnie Raitt's "I Can't Make You Love Me" and he was making it his own.

Most of the judges said that the "one they picked to win" is the one that envelopes feelings the most.

Mark was announced as the winner advancing to the final round of the Ultimate Resbak. He will be singing off with seat of power owners Arabelle Dela Cruz, and Ato Arman. The man who has a husky voice got the chance to pick who will be singing first, and he said "ladies first" --- picking Arabelle to sing her song choice of the day.

Arabelle gave an emotional performance with her song "Hurt" by Christina Aguilera. It was great, and it was a heartfelt performance. Host Vice Ganda even said that 'if you are a parent, you would be proud of Arabelle'.

But the one that gave a good punch of emotion is Ato, who was the next contender to perform. After his emotional rendition of "Isang Kahig, Isang Tuka" by Aegis during his way of challenging one of the seat of power owners; today, he picked an OPM classic sung by Freddie Aguilar --- "Bulag, Pipi, at Bingi" (Blind, Mute, and Deaf). Everyone was under his spell that letting people felt his emotion towards singing the song. And even the judges loved it.

The last to perform is the challenger, Mark. He gave a heartfelt rendition of K-Ci & Jojo's "All My Life". Vice said that 'if you are woman and Mark sings this song to you, you will feel that you're the most beautiful girl in the world'.

Everyone was on their feet after the three performances, knowing who their choices will be. The winners can't be identified right away due to a high number of people voting as well.

After some commercial breaks, the time has come to announce the winners. The total percentage of the 2nd and 3rd placers are so close to each other. The 2nd placer was announced and it was Arabelle garnering 78.04% of total combination of people's votes and judges' scores. 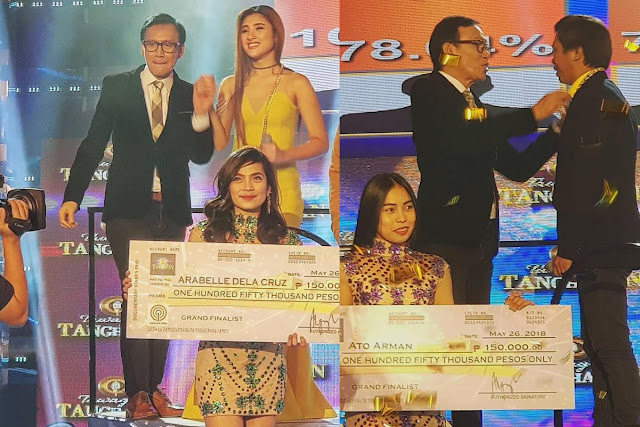 It was an intense minute until Ato Arman was announced as the owner of the first place.

Mark did not make it through to the Grand Finals though he was 10% higher than Arabelle on Judges' scores, the votes he got from people was short. Even though he did not make it, as what judge Ogie Alcasid said, "Mark has leaved a mark".

Both of them as well received a cash prize, and will perform again on Monday as the Grand Finals week will start.