viral 6:18 AM
A+ A-
Print Email
Wowowin host, Willie Revillame, promised that he will support the child of one of his dancers who passed away.

Willie, the veteran actor-host, got a news that Jenny, one of his dancers who has been working with him since Wowowin was aired in the other TV network, already kicked the bucket, and Jenny left her daughter to her mother.

Jenny's mom and daughter played in Wowowin's segment and took home a total prize of ₱40,000. 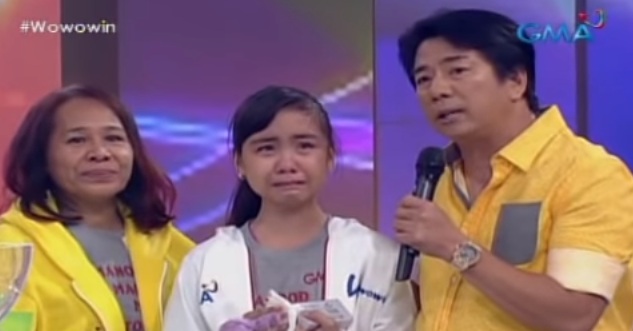 After winning, Willie then interviewed the grandmother and granddaughter tandem, he expressed his sympathy to the left beloved ones of Jenny, and sworn to support the young girl [probably in her studies].

Although Willie did not mention what help will he be offering to the daughter of the dancer, he assure the bereaved family that anytime he can be reached [whenever they need help].

"If you need something, visit me here", as per Willie to Jenny's mom.

He included that it is not needed to be televised, he just reassure that nothing is to worry about, he will help.

Willie has a message to his beloved dancer as well, he said that wherever Jenny is, hopefully she is happy. He and everyone love her and miss her.

The airing happened on May 1st which is also the date of birth of the beloved dancer.
Share to: