Vice Ganda heard Ronnie Alonte crying in a restroom in US

entertainment 10:28 PM
A+ A-
Print Email
Actor-singer-host-comedian Vice Ganda talked about hearing Ronnie Alonte crying inside a restroom amid their first night in United States (US) for Vice Ganda's US Concert Tour.

The 21 year old on-screen character and entertainer traveled to the US out of the blue together with Vice for a show. 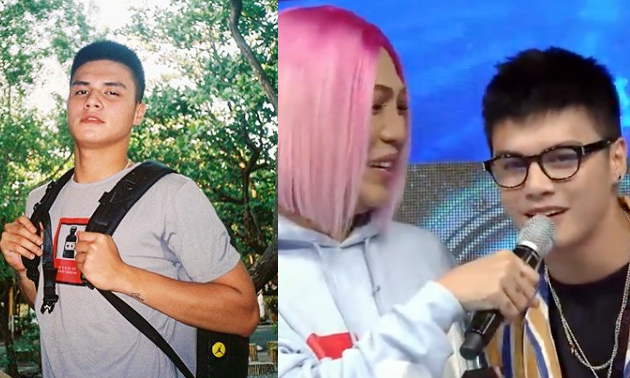 Amid their first-night remain at the lodging, Vice portrayed that he heard Ronnie crying in the restroom. At the point when Vice came up to him, Ronnie clarified that he wasn't accustomed to being that distant from his family. Amid their It's Showtime spiel, the youthful big name applauded all the abroad Filipino specialists for their penances.

He said (translated in English), "[Indeed] it is really tough to work abroad as OFW. That's why I told myself, I salute them".

Being a child of an OFW himself, Ronnie went to the acknowledgment that the lives of Filipinos abroad aren't a stroll in the recreation center. A lonely Ronnie Alonte included that 'he thought that being in America makes a person rich (has a huge amount of money), but that's what only you can think [about it]'.

He let the people feel the hardships in life even you are living a life in a richer country --- it doesn't make you richer, as well.

The other Showtime hosts had really wanted to get enthusiastic from Ronnie's discourse.

Vice brought Ronnie to be part of his concert tour in US by that time.