entertainment 11:43 PM
A+ A-
Print Email
TNT Boys who made an amazing impressions of the Bee Gees during the first round of the competition, Your Face Sounds Familiar Kids Season 2, finally won this week after a few weeks of battling.

This week, the TNT Boys gave their all in impersonating the ladies of Destiny's Child. Francis Concepcion performed as the Queen --- Beyonce, Mackie Empuerto worked as Kelly Rowland, and Kiefer Sanchez sang and danced as Michelle Williams. 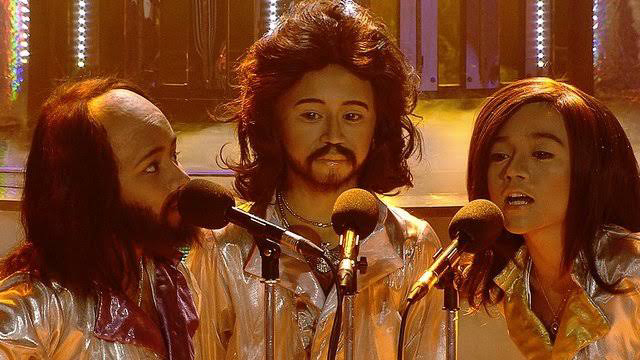 The impersonators sang the famous song of Destiny's Child, the "Survivor" and they were so in characters. They even did their dancing while singing.

Despite the close fight between them and the other impersonator Esang de Torres singing as John Legend, they made it to the top this week with a 1 point lead.

Next week, another set of icons that the 8 kids will impersonate. Who will win that week?

Your Face Sounds Familiar airs during weekends in ABS-CBN, this is actually the 4th time the show was released including the regular seasons of the show.

Season 1 winner was Melai Cantiveros, who won as PBB Big Winner during her season, and herself together with her family won another million from a game show "Bet on Your Baby", hosted by Judy Ann Santos. The Season 1 of Kids was Awra, the child star who started from being viral online. The 2nd season of the regular edition of the show was won by an actress, Denise Laurel.

Here's the amazing performance of the TNT Boys this week: