entertainment 10:06 PM
A+ A-
Print Email
Another tough day for the contenders of Tawag Ng Tanghalan's Ultimate Resbak, and another day for one of the 'seat of power' owners to defend their throne. Lalainne Aranas sent the longest contender on seat of power up to date, JM Bales, home.

JM Bales is known for his sweet and serenading vocals which is found to be influenced by the Pure Energy, Gary Valenciano. He was able to get a seat of power after being named as the top choice of madlang people. 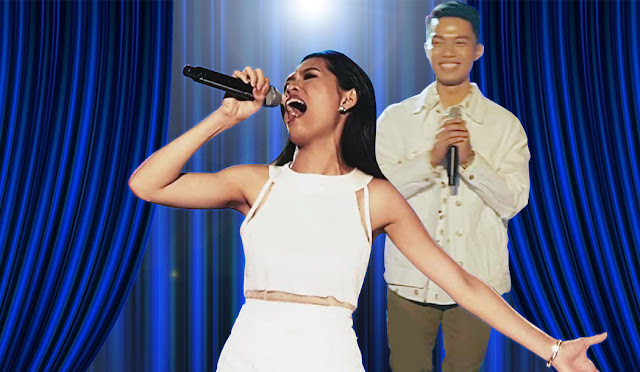 He sent home 2 contenders from Satuday and Monday, John Raymundo and Jing Wenghofer. JM is said to be popular with young audiences making him a top notch in text and online votings.

Ato's choice is the first person to sing from the Quarter 4, Arbie Baula.

Lalainne came to sing her choice, Kuh Ledesma's "Sino ang Baliw" and Arbie gave her all in a popular Original Pinoy Music (OPM) song, "Sana Maulit Muli" which sung by many artists including Regine Velasquez, Jaya and Gary Valenciano.

Both of them were said to be out of their league during their performances, giving the judges an option to pick the contender who sings clearer. For that reason, Lalainne was able to make it to the next round --- winning against Arbie.

Lalainne then had to pick among the two seat of power owners, and she did. JM who is popular with online and text votes was chosen by the female contender as she wanted to challenge herself in fighting against someone who is strong in powervoting (madlang people's choice).

JM greatly sang the hardest song in the competition "One Last Cry" by Brian McKnight. To be honest he did great, after singing a lot of times --- since he was a hot pick of those previous contenders in this week.

Lalainne did not give less, she delivered everything she had with her rendition of Celine Dion's "Power of Love" which caught the audience and judges attention as she pointed JM at her back when she sang the lyrics, "and you are my man". People in the room were amused which left her an amount of cheers throughout her performance.

In the end, Lalainne from Quarter 2 dethroned JM by surpassing the combined judges score and online & text votes of the long time defender of the seat of power.

As of now, 2 of the Quarter 2 semi-finalists own the seat of power; Mindanaoin Ato Arman who dethroned Douglas last Tuesday, and Lalainne Clarisse Aranas who is as well from Mindanao.

Watch the performances of this day: