entertainment 12:16 AM
A+ A-
Print Email
It's Showtime hosts gathered to open the noontime show and everyone was talking except for Ryan Bang who should talk that time because it was his queue.

Everyone seems to intentionally disallow Ryan from talking --- as a joke. Ryan kept on saying that it was his time to talk, but none of them listens except to the veteran host Amy Perez or wildly called as Tyang Amy. 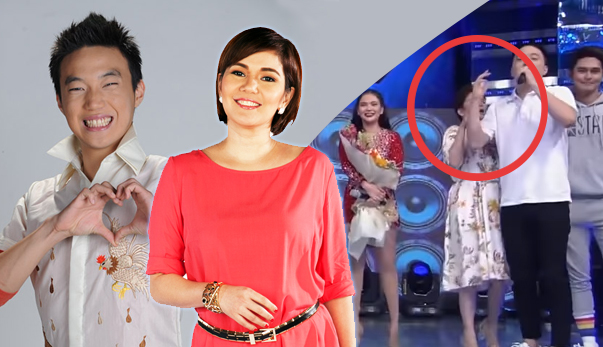 A few seconds went by, pulling fun, Ryan was able to talk after asking Bella if everything was done. He then gave his spiel, but when Tyang Amy came close to Ryan to hold and giggle with, Ryan accidentally hit Tyang Amy's microphone with his elbow--- which may cause Amy's teeth broken.

Ryan then fell down on his knees asking apology to Tyang Amy. It seems that he was sincere explaining that the happening was unintentional and as well sincere with his sorry.

Later on that show, Ryan did apologize again during his Tawag Ng Tanghalan role as Gong Ambassador as host Vice Ganda mentioned 'Tyang Amy went to a dentist to have her teeth fix'.

After all, it was really unintentional and both of them did a great job in asking for apology, and forgiving.