entertainment 2:10 AM
A+ A-
Print Email
Miss Universe 2015 Pia Wurtzbach replied like a queen to a social account user saying that she looks like a gay on her recent photograph shared on her Instagram.

She looked furious and lovely, no uncertainty about it since she's 2015's Miss Universe. Be that as it may, even a pageant ruler isn't saved from reactions. 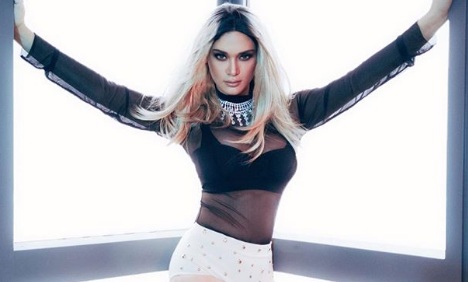 While some praise her look, others derided the photograph by contrasting her with a drag ruler and said she looked like a gay.

Some even has a thought that it was Paolo Ballesteros, RauPaul and Vice Ganda at first look. But Pia is indestructible, she and her fine wittiness response just like a queen.

She answered saying 'We as a whole have a similar heart. Joined we beks! WE run the world! P.S. I cherish RuPaul!'. She simply said that herself with the LGBTQs has the same heart and together they are united---running the world, and even added that she love RuPaul like most of the people do.

Her companions Nina Almoro and Miss Earth 2017 Karen Ibasco additionally protected her through remarks. She clearly took care of wry remarks and there's not something to be demonstrated any longer since she's as of now a ruler.

Well, she has all the patience and as a matter of fact, there's nothing to be mad about it. Being gay is fantastic! You being gay or  looking like a gay does not have any bear at all in this world when it comes to rights. We are all the same. You are born to live a life, and so the gays.

Well, Pia just smashed the comments with love and support to the LGBTQ community.
Share to: