Philippines among the top 5 most religious nations in the world

The 2017 investigation, which investigated the religious convictions of more than 66,000 individuals in 68 nations, discovered that 6 out of 10 individuals (62 percent) overall view themselves as religious. 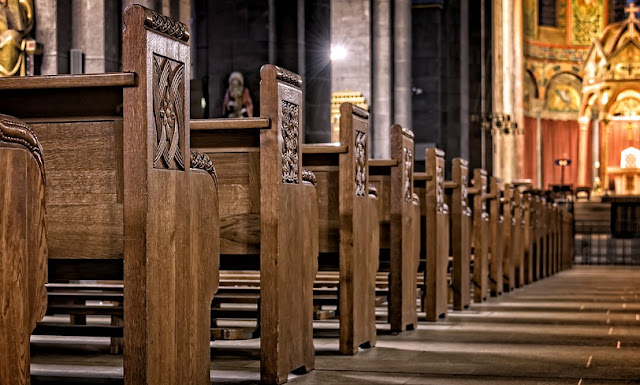 The Philippines stays to be the bastion of Christianity in Asia with 86.8 million Filipinos---or 93 percent of an aggregate populace of 93.3 million---holding fast to the lessons of Jesus Christ, a current report by the US-based Pew Research Center has found.

And Philippines took the 5th spot in the most religious nations in the world.

Around the world, a quarter (25 percent) consider themselves non-religious while 9 percent think about themselves as skeptics.

The examination additionally found that as the instruction level of respondents expanded, their levels of religiosity diminished.

A greater part of religious individuals can likewise be found among low-pay workers at 66 percent, contrasted with high-wage workers at 50 percent.

The affiliation said that "those without training or lack of education express a bigger number of faith than the individuals who achieved more elevated amounts of study.

The individuals who have less accessible pay express a larger number of faith than those with higher salary, as well."

A larger part of individuals overall likewise trust that we have a spirit (74 percent), and have faith in God (71 percent).

The greater part of the worldwide populace in the mean time, put stock in paradise (56 percent) and that there is eternal life (54 percent), while almost half (49 percent) have faith in hellfire.

Religiosity additionally diminishes as individuals age, with the more youthful ones (18 to 24 years of age) having the most number of individuals who put stock in God at 74 percent.

This drops to 67 percent among those matured 65 and more established.

Nations that trust the most in the presence of God, soul, post-existence, hellfire and paradise are Indonesia, Ghana, Papua New Guinea, Pakistan, and Bangladesh.

Seat noticed that Christianity had "developed massively" in sub-Saharan Africa and the Asia-Pacific locale, as their Christian populaces moved from nine percent in 1910 to 63 percent in 2010 in the previous, and from three percent to seven percent in the last mentioned.

Pew Forum said that 'Christianity today, dissimilar to a century back before, is genuinely a worldwide confidence or a global faith'.
Share to: