For this day, another finalist was announced to battle with Janine and Ato, with 3 more unknown names as of the moment. After those amazing performances of the remaining 8 finalists, the voting line was opened. The people voted and the judges gave their scores. 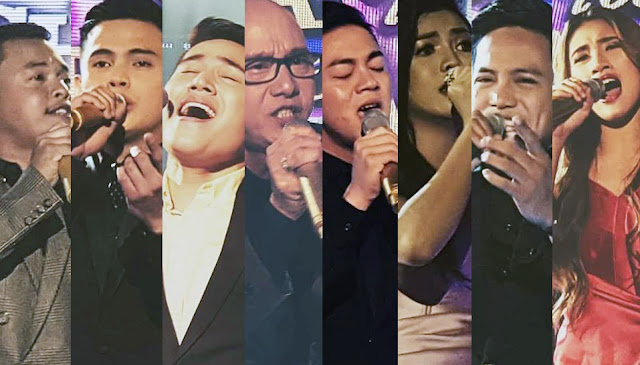 After a few commercials, the show came back and host Teddy Corpuz closed the voting line.

Unfortunately for Makoto Inoue, a Global Quarter Representative, will no longer continue his journey with Tawag ng Tanghalan as he earned the least total percentage of combined people's votes and judges' scores for this day --- making him the third person eliminated in the Final Week.

The winner of today's competition was a flight steward, Anton Antenorcruz who sang Sam Smith's hit "Too Good at Goodbyes". Host Vice Ganda even defined him as a male Adele.

He soared high with his performance and the judges believed it.

Anton is one of the most awaited contenders to perform in this season, as every time he performed from those days of his triumph on his quarter, he received standing ovations. 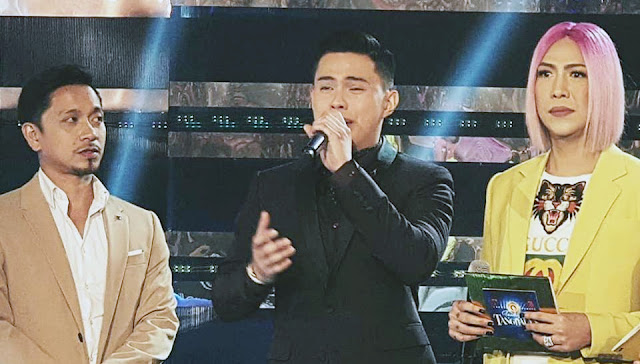 Today, he did not but there is no doubt, he is a total package. He is handsome, in exact height, and of course a skillful vocalist. That is why he is popular and the judges gave him great scores.

The 2nd placer up to the 7th placer will, again, perform for another day to win the slots of the remaining three spots in the final showdown.

Reggie Tortugo, who became one of the hot topics today after Vice tried to get a high five from him but was missed due to having a conversation with host Anne Curtis, placed 2nd. Reggie did an amazing rendition of Bruno Mars' "Grenade" --- and truly his voice is explosive.

The rest of the finalists that will perform tomorrow against Reggie are Arabelle dela Cruz, Alfred Relatado, Steven Paysu, Remy Luntayao, and Sofronio Vasquez.