entertainment 7:57 AM
A+ A-
Print Email
Morissette Amon is a contestant in the first season of the Voice Philippines where Sarah Geronimo was her coach. Morissette adores Sarah and that was why she ended up picking Sarah as her mentor during the competition.

The happy moments got blurred after a spreading rumor threaded like a cancer cells in the world wide web. Speculations that Morissette and another singer, Angeline Quinto, were heard laughing on the set of Umagang Kayganda (UKG/Beautiful Morning --- a morning TV show) about Sarah's breakdown on her concert tour specifically happened on her Vegas concert. 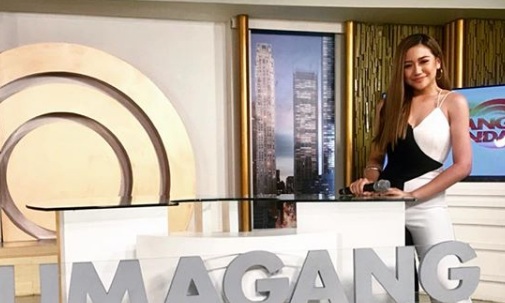 The online accusation posted in saying that Morissette and Angeline was heard by Amy Perez's (UKG host) personal assistant talking about how over acting Sarah is during her concert to not even continue singing her original song.

The two singers on the hot seats tagged the rumor as a lie.

Angeline already gave her words about it, while Morissette did not.

READ: Angeline Quinto and Morissette Amon in hot water due to hearsay

After days had passed, Morissette tell her side during an interview with MJ Felipe of ABS-CBN's Entertainment News.

She said that 'she was sad that people believe in a thing that has no evidence at all'.

Morissette loves Sarah and she worked with the pop star princess since her journey in the Voice. It was unfair to them to be part of this allegation --- the three of them.

Sarah was exhausted due to a continuous concert and the song where she cried gave her too much memory that her emotion made the most out of her. While the two, Morissette and Angeline, were working for their lives.

This kind of rumors could break relationships, can make an awkward environment, and most of all too much trouble.

In addition to Angeline's side, if the speculations are proven truth, Angeline said that she is willing to go to every one who is bashing her, knocking on every door and say sorry... as long as there is an evidence of the laughing incident thrown by some crazy online people to her and Morissette.

She was able to receive a message from Sarah apologizing for what happen.

Even got a message from the pop star, Angeline was left crying during an interview. She said that she can take any ugly words as long as it is thrown to her and it is for her, but to hear bashes about her mom, it breaks her heart.

Both of the artists in hot water are not closing the possibility of filing cases to the people who made this mess to bash them.
Share to: