Miss Tres is back and now in Britain's Got Talent

entertainment 5:34 AM
A+ A-
Print Email
Do you remember the trio named Miss Tres who sang "Sex Bomb" during their audition in Asia's Got Talent (AGT)? They are back with 2 new members in Britain's Got Talent (BGT).

Everybody in the crowd were amazed with their beauty and sexiness. The people were even believing that they are woman when they talked introducing themselves. 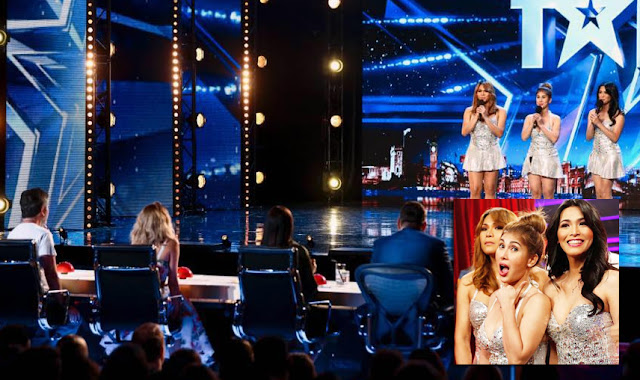 Images from Britain's Got Talent

The surprise went on after the first girl sang her part, and everyone in the audience were shocked and having a good laugh.

David Walliams, one of the BGT judges, was enjoying the moment and even got up from his seat to dance with the beat.

After their performance, some audience gave them a standing ovation and around of applause.

Amanda Holden, BGT judge, said they have amazing voices and she is envious about their figure knowing that they are a man behind their feminine body, which judge Alesha Dixon agreed.

Simon Cowell, the judge and the creator of the show, asked the girls if they were hiding a secret, and one of the members of the Miss Tres simply answered, "(in female voice) well guess what, Simon, (changed to MALE voice) Surprise!". And everybody was laughing. Simon then said it was a good audition.

The Miss Tress received 4 yeses from the judges making them have the opportunity to be part of the live shows.

Simon then asked his fellow judges if they have something they have missed on the entire night, knowing after the Miss Tres, all acts they need to see is completely given that evening.

The old member of the group named Mama Mia, passed away after suffering from an illness, while the other member named Angel based on rumors, made a trouble with their group during Asia's Got Talent. There is a rumor running around before that Angel did not pass the papers needed by the show which made the group did not able to compete in the next round.

Angel clarified that she did pass the papers but she thought of having no assurance to be picked as one of the competitors in the live shows of AGT since the program did not insist for them to comeback.

The new Miss Tres is now composed of Mariko (one of the original members), the Regine Velasquez look-alikey Mavy, and Crissy.