international, news 1:36 AM
A+ A-
Print Email
Wednesday at a Seoul court, Lee Myung Bak, previous South Korean President denied the charges against him as his debasement trial got going. In a readied proclamation he read toward the beginning of the trial at the Seoul Central District Court, Lee, called his arraignment irrational and declared his guiltlessness.

He said that 'he trusts that this trial will be a chance to demonstrate the decency of South Korean equity. He needs the court to convey a savvy decision'. It was Lee's first open appearance since his capture in March over a series of charges including gift and misappropriation. 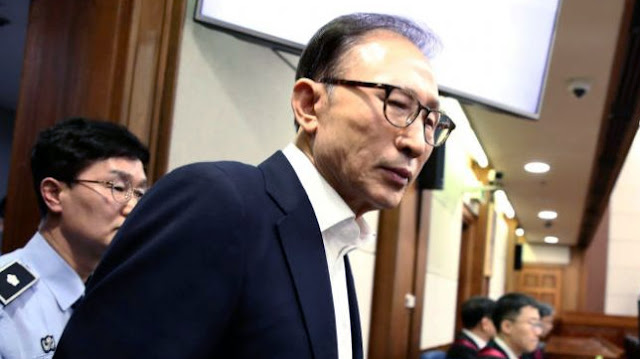 He has since been held in pretrial detainment.

Lee served as South Korea's president from year 2008 to 2013, and the 4th ex-President to be prosecuted after the nation's previous military despots Chun Doo Hwan and Roh Tae Woo, and his preservationist successor Park Geun Hye.

He was arraigned on April the 9th on an aggregate of sixteen charges including that he took 11 billion won (around $10.3 million) in fixes while in office.

His corruption trial is still ongoing. He is facing multiple charges including abuse of power, tax evasion, bribery, and misappropriation of funds.
Share to: