entertainment 7:20 AM
A+ A-
Print Email
Kyline Alcantara, the Cheska of Kambal Karibal (Rival Twins), is the 'Reyna Elena' (Helena of Constantinople) in Rizal's Sta Cruzan.

ArtistCenter posted a beautiful image of Kyline in Sta Cruzan as Reyna Elena on its Instagram account which was held last Sunday, May the 6th. 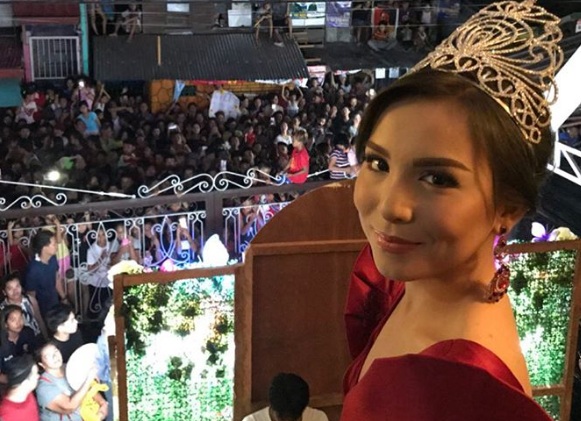 Kyline is one of the most celebrated beautiful actress of GMA Network. She was found as a young version of herself in ABS-CBN, mostly in the game show 'The Singing Bee'---playing as herself competing with different young stars.

She grew well and was given a break by GMA as one of the main actresses in their top-rated series Kambal Karibal. She did a good job portraying as a protagonist then transformed into a good girl character.

With her popularity and beauty she was chosen as the 'Reyna Elena'.

She can sing as well, and soon to record her songs under GMA Records where she signed in last April the 10th.

Kyline's journey to stardom was never easy. She was rejected many times but she did not give up for her dreams.

In spite of having a lot of negativity around her, she continued to stay positive until landed a role (the Kambal Karibal) which made all her downfalls turned into memories, and prove the rejection wrong.

She is now one of the most in demand stars in GMA Network.
Share to: