Junk Food from a friend made Kristine Hermosa happy

entertainment 5:43 AM
A+ A-
Print Email
Ever beautiful actress Kristine Hermosa-Sotto was so happy to see a bunch of junk food sent to her by a friend.

In her Instagram account, the actress posted an image of tasty junk food snacks sent by a friend with a description saying that she knows that it has been so many years that her friend has promised to give her these kind of junk food snacks but her friend did not inform her that her great friend wanted her to build a small store. 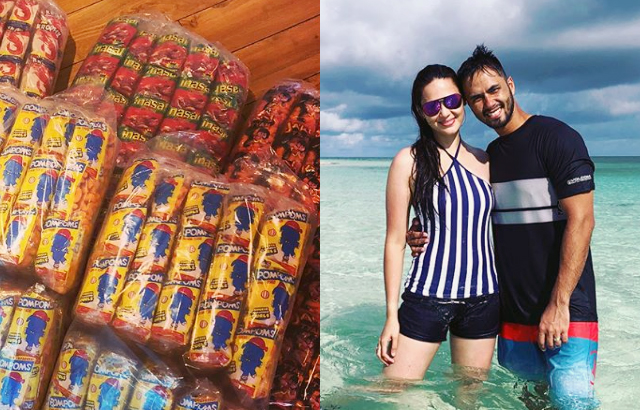 These snacks can be purchased in the store for 1 peso each.

“Thanks so much, my dearest friend,” she added.

Many netizens felt nostalgic about the image shared by the actress because the snacks given are not easily found in stores now. Some netizens even miss the food.

Kristine has been into show business for a long time now. She was paired with Jericho Rosales in a lot of series, and their hit one is the "Pangako Sa'yo" (The Promise) which has been televised not only in the Philippines but around the globe, including China.

Before becoming a Sotto, Kristine was married twice excluding his present husband, the son of the famous bosing (boss) on TV and movie, Vic Sotto, Mr. Oyo Boy Sotto.

Kristine and Jericho love team came to real life after they got married, but the relationship got ended which left the fans of the couple sad. She then dated Jericho's friend, Deither Ocampo, and end up getting married.

The marriage did not work well, as well, ending up to separation.

But she never lose hope in love. She became happy to live as a mother and a wife as Mrs. Sotto.

It has been a long time when people not seeing Kristine on TV series, until she was offered by her home network, the newest TV drama on their prime time, Bagani.

She portrayed as Bathala's wife (god's wife). It took her time to accept the role until it happened.

Many supporter of her are happy to see Kristine back on TV, her image is still amazing --- looking like she had never aged.
Share to: