entertainment 9:52 PM
A+ A-
Print Email
JM Bales who fought the first day against John Raymundo was again able to retain his seat of power after winning against a Global contender, Jing Wenghofer.

Jing was faced against her co-Global contender Penny Salcedo in a one on one battle. Seat of power owner and judges' choice Mark Douglas Dagal chose Jing among the remaining contenders to fight on Monday's show while the other seat of power owner and people's choice JM Bales picked Penny to compete against Jing. 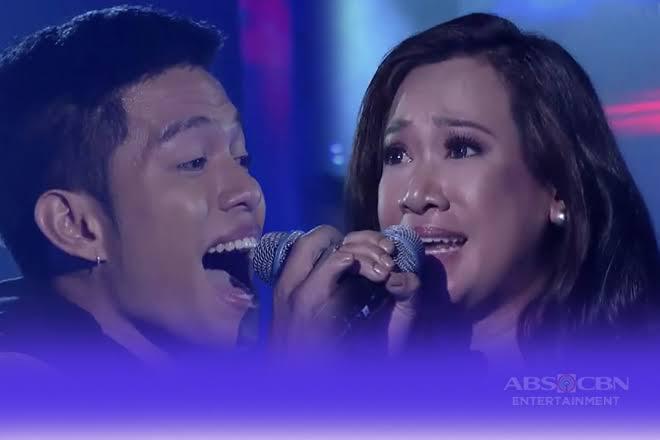 This is heartbreaking for many people as these two contenders are close friends, but the show must go on and in the end there can only be one winner.

Jing came to sing first on the first round, singing a classic Imelda Papin song, "Iniibig Ko ang Iniibig Mo". It was a heartfelt performance that touched everyone who watched her that time.

Penny came to to sing as well a heartfelt performance of "Out Here on My Own" by Irene Cara.

After each performance, Penny went tearful hugging Jing since this is an intense battle and everyone's dream, and of course they are close to each other.

Although the combination is way too far when it comes to field of music, judges need to choose. Then afterwards, Punong Hurado (Head Judge) Rey Valera announced Jing as the winner of the 1st round advancing to compete against one of the owners of seat of power.

Jing chose JM to compete against her. It's another battle for JM who was fresh from battling against John, while Douglas secure his spot for another day.

JM gave an RnB performance of "Ikaw Na Nga" by Willie Revillame, audience were cheering and swaying to his music. After him, Jing came out to perform her version of Zsa Zsa Padilla's "Hiram" --- original singer is the mother of Karylle, one of the judges, and it was again a heartfelt performance. Audience are as well cheering, her family has the huge support and the judges were smiling knowing that Jing made a great performance.

After their performance the scoring is now split into half, 50% for online & text votes, while 50% from the judges' scores.

In the end, JM won the day sending Jing home.

The day was filled with different opinions from people and online citizens. Some saying JM won due to his fans support, and they are rooting for true talent which a singing contest should look for. Other netizens who support JM said that people should give consideration because JM is singing 2-week straight from the recent final quarter of Semi-Finals.

Other citizens said that It's Showtime pushes the show so hard making the show confusing and a bit unfair especially that some contestant are not able to rest their voice, and that would impact the talent show's quality as basis could not be "choosing a better performance" but now "giving consideration to the ones who sing 2 weeks straight".

This impact is unfair to the contestants who fought for 2 weeks straight because if they win, they will be tagged as undeserving since their performance won just because people gave consideration.

How about your opinion? Meanwhile, check the battle below: