entertainment 2:30 AM
A+ A-
Print Email
The competition for the 2nd day is full of greatness, no performance that can be thrown away from this batch. Although the announcement of the result is kinda disorganized, it does not erase the fact that the finalists performed amazingly that time.

Janine Berdin, from Quarter 4, emotionally sang the song "With a Smile" by Eraserheads. She sang it so beautifully that even host Vice Ganda left in tears, and so some of the judges. Janine' interpretation of the song is very heartfelt and very inspirational, and with that, it made her ranked 1st place among everyone else in the competition. This made her the first finalist to move on to the Final Showdown in Aliw Theater this coming Saturday, the 2nd of June. 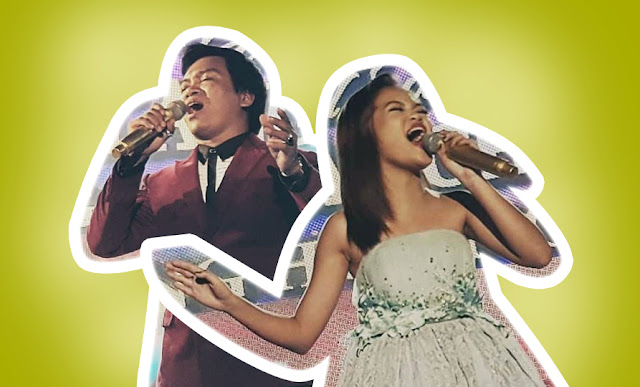 Ato Arman's emotional rendition of "Pagbabalik" by Asin made him able to distribute such a wonderful soul to the audience. Everybody felt him and that made him ranked the 2nd place on that day of the competition. He will be joining Janine on the upcoming Finale in Aliw Theater.

It was a sad day, as well, since 2 great artists had to wave goodbye from the competition. On Monday, Alfred Relatado and Makoto Inoue was ranked the bottom 2.

On the second day, Jovany Satera from Quarter 1, and Tuko delos Reyes from Quarter 3 were announced as part of the bottom joining Alfred and Makoto.

After getting the total percentage, Jovany and Tuko ranked the lowest 2 among the 12 finalists. It made Alfred and Makoto safe and able to compete again for another day to take a spot for this coming Final Showdown, while Jovany and Tuko had ended their wonderful journey.

Later this afternoon, the remaining 8 will compete again to get a seat in the Finals' Final Round knowing that there are only 4 seats left.

Who among Alfred, Makoto, Reggie Tortugo, Arabelle dela Cruz, Anton Antenorcruz, Remy Luntayao, Sofronio Vasquez, and Steven Paysu will own one of those 4 available seats.

Meanwhile, let us re-watch the amazing performances of the first two finalists to move on to the Final Round.