entertainment 5:24 AM
A+ A-
Print Email
After Nash Aguas said that love team NLex discontinued their journey as a love team in showbiz, an opportunity came in with an old time partner since Goin' Bulilit and Star Circle Quest kids.

Nash and Sharlene San Pedro, both a product of a talent show "Star Circle Quest Kids" will be a lead pair in a movie 'romance thriller' titled "Class of 2018", as per ABS-CBN. 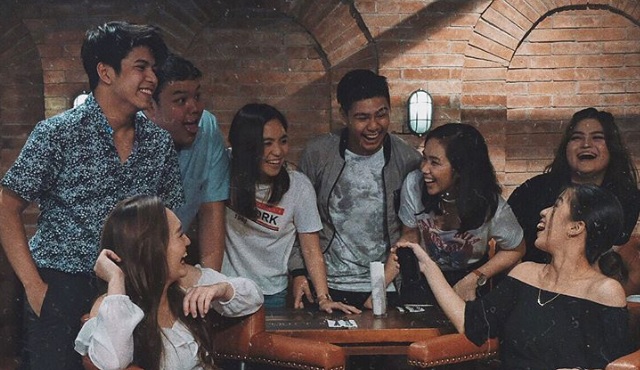 This will be the first lead role of the two in the film industry.

Sharlene said that 'she was shocked [to know that she will be having a movie] because most of her gigs are just hosting in MYX and doing other shows'.

Nash and Sharlene have a great number of fans since they were kids. As they grow older there are fans who love their chemistry and calling their pairing as NashLene. They know that their fans would love to see them together [in a movie, or other shows in the future].

It is a new path on Nash's career as well after Alexa Ilacad, his pair in love team NLex, chose to pursue her music dream career.

This would also be like a reunion of Goin' Bulilit stars as the movie will include some stars they have known and grown together with --- CJ Navato and Kristel Fulgar.
Share to: