local, news 4:40 AM
A+ A-
Print Email
A sad President Rodrigo Duterte knowing that the people who supported him to run as President way back last presidential election were cut-off short in their position after some allegations --- most especially in terms of corruption. 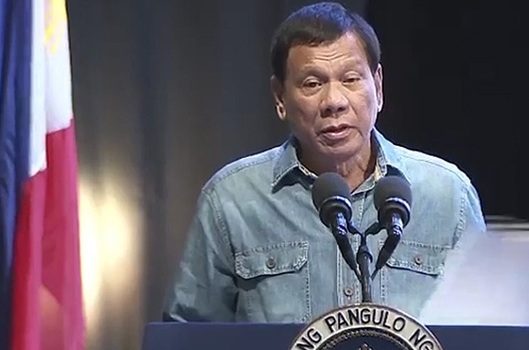 Talking before money related and back authorities in Malacañang, Duterte bemoaned the reality he needed to flame the individuals who had faith in his capacity to free the nation of unlawful medications, wrongdoing and debasement. The president said that 'he is exceptionally dismal that they were the first to go, at an early stage a Cabinet part', in clear reference to previous Interior and Local Government secretary Ismael Sueno, who was let go in April a year ago because of defilement charges.

He included that 'in any case, regardless, we in our government, there is no chance to get of telling. Yung maglapit sa iyo na ganun and you figured you may ever fall into the trap of trusting you are with the group for transform'.

The President has been cutting down the hatchet on high-positioning authorities and heads of workplaces blamed for defilement and manhandle of energy. Aside from Sueno, Duterte has evacuated Terry Ridon as director of the Presidential Commission for the Urban Poor, Marcial Amaro III as Maritime Industry Authority Administrator, Peter Tiu Laviña as head of the National Irrigation Authority, and Dionisio Santiago as seat of the Dangerous Drugs Board.

Duterte said on Tuesday that 'he as of late sacked another official still finished assertions of debasement'. Duterte didn't state who the authority was, demonstrating that he would not like to attract regard for his most recent terminating [a secretary].

He made the comment around the same time that it was declared Tourism Secretary Wanda Teo had surrendered from her post over the addressed ₱60 million worth of promotions the Department of Tourism had set with PTV 4.
Share to: