Duterte to fire another administration official

6:59 AM
A+ A-
Print Email
President Rodrigo Duterte said that 'there's another coming up' in a discourse in Malacañang. Duterte on Wednesday said he will fire another administration official, after a series of acquiescences in his Cabinet because of affirmations of defilement and different issues.

Duterte has terminated a few authorities because of claims of defilement. 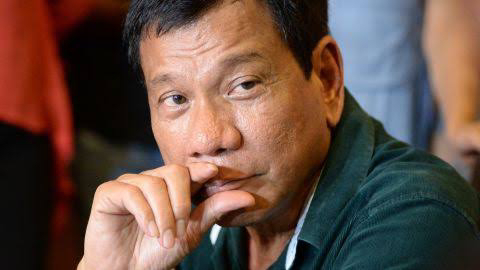 He is especially enraged by authorities who go on pointless treks abroad. He said, "you know, whether you go to different spots to go to critical gatherings that would influence the nation, I would welcome it".

The President more often than not specifies in his discourses that he has let go or will fire some administration authorities because of defilement, yet he doesn't say their names.

The most recent to leave his Cabinet is Tourism Secretary Wanda Tulfo-Teo, who surrendered Tuesday following a ₱60-million ad outrage including the Department of Tourism (DOT) and state-run PTV-4, wherein advertisements were put in a program created by her sibling Tulfo's media firm.

Duterte's announcement likewise comes in the midst of a discussion in state-run PhilHealth, whose between time president Celestina Ma. Jude Dela Serna is being censured for her probably unnecessary costs on outings and lodging facilities. The President additionally said he is disheartened that a portion of those he let go were similar individuals who had asked him to keep running for president in 2016.

Heas that 'he is exceptionally dismal that they are the first to go'.

"There is no chance to get of advising if those near you are that way."

Duterte has been in the office since 2016, some of his cabinet members were not accepted by Commission on Appointments, and some did resign after some allegations went against them.
Share to: