BBL approved by Representatives on 3rd and Final reading

local, news 7:43 PM
A+ A-
Print Email
On Wednesday, the House of Representatives affirmed the proposed Bangsamoro Basic Law (BBL), a measure which looks to help end many years of battling in the south and confirmed as earnest by President Rodrigo Duterte. A bicameral meeting should accommodate the House and Senate's adaptations of the bill before it can be marked into law by the President.

The BBL will introduce a Bangsamoro political substance set up of the Autonomous Region in Muslim Mindanao. It is imagined to allow more extensive self-manage to prevalently Muslim areas and urban areas. 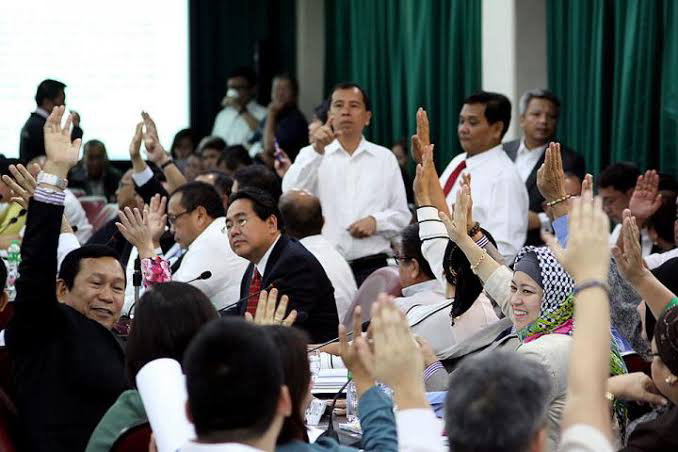 An aggregate of 226 officials at the House of Representatives voted in favor of the bill while 11 voted against it. Two officials then avoided. The law is one of the prerequisites under a peace assention that Manila marked with the Moro Islamic Liberation Front in 2014 under then-president Benigno "Noynoy" Aquino III. Duterte had bets on the bill's entry to recuperate the 'recorded shameful acts' endured by the Moros.

It neglected to go under Aquino after 44 police commandos kicked the bucket in a bungled hostile to psychological warfare strike in the remote town of Mamasapano in January 2015.