Ato Arman VS Aila Santos leveled up the Resbak, Ato snatched a seat of power from Douglas

entertainment 10:13 PM
A+ A-
Print Email
Mindanao contender Ato Arman took a seat of power from Mark Douglas Dagal --- from Quarter 4 owning the Judges' choice seat of power.  This all began when Douglas picked Ato to compete in today's competition.

JM Bales who also owned a seat of power picked the powerhouse vocalist Aila Santos, the one and only representative of Quarter 1 in this year's "Ultimate Resbak", to compete against Ato Arman. 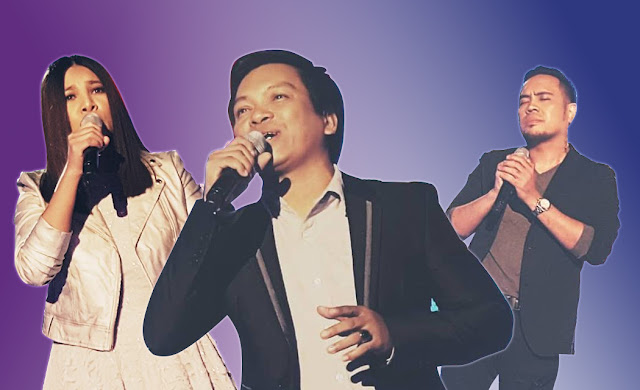 Ato has a wonderful vocals as well, he has power, the range, the tone, and at his age, though he is not that old, he's still able to give an astonishing performance.

He survived Aila's 'Through the Fire' on the first round, although Aila gave a stunning performance of the song, the judges critic based on who gave a clean performance matters as they have an earpiece to hear contenders vocals clearly.

But Aila never disappoint everyone as she gave powerful and wonderful performance to compete against co-Mindanaoin Ato. Aila's pipes belting Chaka Khan's song are incredibly amazing.

Ato won the first round and asked who would he like to compete on the 2nd round between two seat of power owners, JM and Douglas.

JM who had been singing since the day 1 of the Ultimate Resbak competition blew a huge amount of air as Ato picked Douglas --- stating that he will be picking the person who is like a wall that is hard to break, and that is Douglas as mentioned.

Douglas gave his heartfelt performance of the Carpenters' "Superstar", knowing that he needs to do his best to retain the seat of power, but Ato came to win as he snatched everyone's heart with his powerful and emotional rendition of Aegis' "Isang Kahig, Isang Tuka" (One Scratch, One Peck), and it seems he is singing his life to the listeners.

Many felt Ato's hunger to win which left tears to everyone's eyes seeing somebody telling them like 'my life is struggling, but here I am fighting'.

In the end of today's competition, Ato (gaining combined judges' scores & people's votes of 90.40% against 38.38%) dethroned Douglas and kept himself a seat of power to defend for the next day, and if lucky enough, until he will be declared one of the Wildcard's winners.

The show was a worldwide topic, making it to the most trending topic on Twitter. The #ShowtimeTodoResbak and Aila Santos trended well.

Judge Jaya and pop icon Jona gave a powerful message to the remaining Resbak contenders and that is to perform with a heart --- since everyone has great voices, what will matter now is the ability to touch someone with their performance.

And Jaya also left a great message, to keep on praying; "Seek [God], and ye shall find", Jaya said.

Watch their performances below: