entertainment 3:14 AM
A+ A-
Print Email
Asia O'Hara, a RuPaul Drag Race season 10 contestant, made social media posts intriguing after not posting a photo or saying some love to Eureka O'Hara during the RuPaul's Drag Con event.

Asia posted on her social media accounts some photos of him with some queens she visited booth to booth, and despite not seeing Yuhua Hamasaki and Vanjie Mateo she still has posted message saying that she went to their booth but both of them are on break and then added "see you in the Reunion". 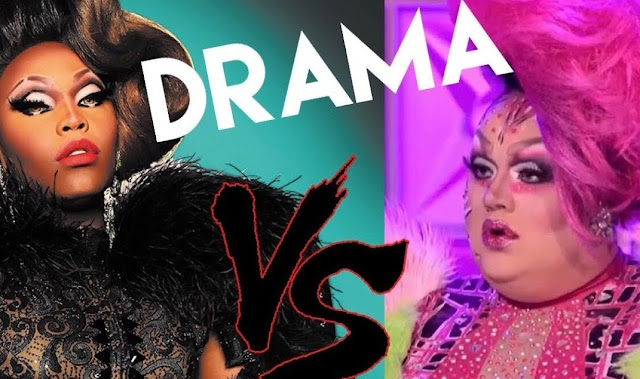 This made an issue that some of drag fans are not appreciative of what they think about Eureka been doing. They posted some not good words about Eureka by then, as well.

This made Asia talked about what happen, she went live online and made a discussion about the Drag Con drama. Asia said she is just human and she, as well, can experience hurt. That hurt happened when she visited the booth of Eureka.

The drag queen cleared up the issue by saying it was not Eureka who told her a no, you can't visit me, you can't disturb me. It was Eureka's staff who don't know or recognize Asia.

Asia said that the staff of Eureka were rude and that really hurt her as she was declined by the staff in front of the drag fans inside the Drag Con. But then she explained that Eureka did nothing wrong about it, it was her staff, and she would love to see Eureka next time as her first person to meet in New York Drag Con because she wanted a photo of them two together.

"I would like to publicly apologize to Eureka for people thinking that she, you know, got up out of her seat and came over and said no Asia you can't come in because that did not happen", said Asia.

She then added that she wished she had handled the situation well as an adult and that she was having the best time at Drag Con for the people who supported their work of art.
Share to: