entertainment 11:21 PM
A+ A-
Print Email
Tawag ng Tanghalan (TNT) Ultimate Resbak has been tough and seeing those aspiring singers fighting the best they could made a strong effect to the viewers. Arabelle Dela Cruz of Quarter 4, the Final Quarter of It's Showtime's TNT, surprised everyone with her rendition of Beyonce's "If I Were a Boy".

Arabelle was battling against co-Quarter 4 contender Adelene Rabulan for a sing off, since seat of power owners Ato Arman and the newest one, Lalainne Aranas picked the two to compete with each other. 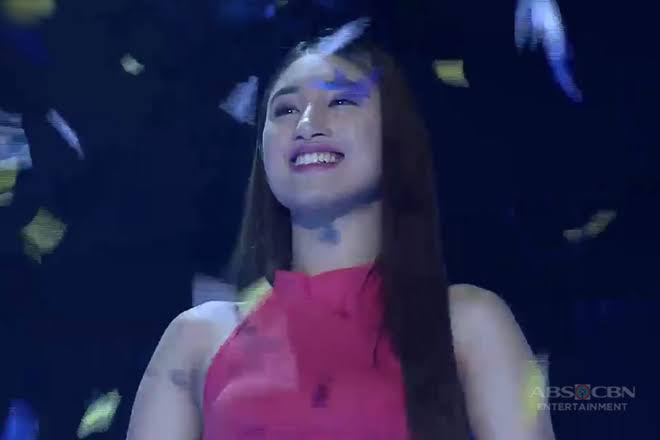 Adelene's version of KZ Tandingan's "Wag Ka Nang Umiyak" did not defeat Arabelle's Beyonce song choice. Thus, Adelene did her best, the judges were in favor of Arabelle this time.

Arabelle then picked Lalainne to sing off against her in an opportunity of taking a seat out of the current seat of power owner, while While Ato remains for another day with his owned seat of power.

The defender then sing her version of "Pagsubok" by Orient Pearl, but Arabelle gave her all singing a huge Whitney Houston song, "Run To You".

Her version of Whitney's song made everyone applauding and gave her an overall standing ovation from the audience and of course the judges.

In the end of that day of competition, the combined online & text votes and judges scores went favor with Arabelle --- making her the newest defender and owner of the seat of power --- dethroning Lalainne.

Watch their incredible performances below: