A homeless guy saved a man's room from robbers

viral 3:58 PM
A+ A-
Print Email
We all have seen different homeless people around our place, sometimes we care, sometimes we don't, let's admit that. But this homeless guy cares especially to a man who provided him some food at times he need to feed himself.

A guy named Khen posted on Facebook that a homeless guy whom he loved to share his food with saved his room from robbers. 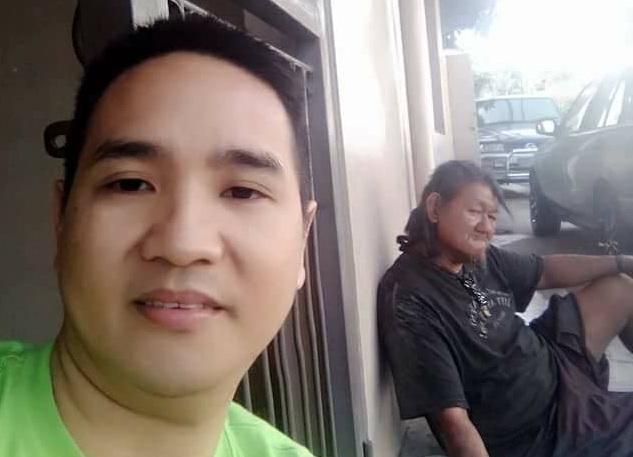 Khen was eating a fast food eatery at that time when he felt something strange. Something that made him wanted to go home for unknown reason. It is like someone is pulling him out of the eatery to be back home as soon as possible.

As he returned to his home, he saw the homeless guy arguing with two guys, and then he found out that the 2 guys are having intentions to rob his room which left unlocked.

Things that happened is unbelievable especially that the man whom some people may not care helping out his survival, protected his room.

Khen was so happy to know that the homeless guy saved him from getting rob by 2 unfamiliar guys. He was very grateful that he even uploaded a photo of them (with the homeless guy) together in Khen's social media saying how thankful he is to the old homeless man.

Life is full of surprises that sometimes, a man in rags is more honest & more kind than a man in suit (who lives to gain power).
Share to: