local, news 10:25 PM
A+ A-
Print Email
A 110-year old voter from Midsayap, North Cotabato joined the Barangay and Sangguniang Kabataan (SK) Elections to use the individual's rights to vote.

Monday, May 14th, centenarian Salumayag Calunsing went in a precinct to cast votes despite having a bomb explosion not long ago in the area --- in front of the Datu Dimaudtang Dilangalen Elementary School in Barangay Tugal last Friday. 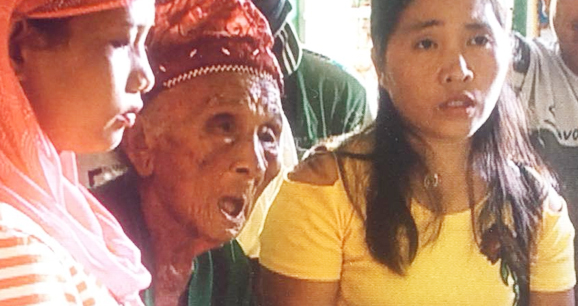 As per witness, the bomb was planted by a member of Bangsamoro Islamic Freedom Fighters. Despite the fear about the incident, Calunsing was one of the first group of people to cast votes.

Calunsing's main reason of participating after being interviewed by ABS-CBN, 'she wanted to have a peaceful community, even having hard times to do the process, the perseverance to have a peaceful area made Calunsing casted votes.

The grandchild was there to assist Calunsing.

The area is secure by a group of police and military personnel.

The 184 Barangays in North Cotabato are believed as 'areas of concern'. There are 979,480 voters in total with 17 areas.

Truly Calunsing is an inspiration to many, that age is not a hindrance for you to help the country, if you want change, work for it, vote.
Share to: