entertainment 8:26 PM
A+ A-
Print Email
"Mamaga na itlog ng nangengealam ng phone!!! (with fist sign)" --Egg swelling for the guy who touches my phone, that's what Vice Ganda said on his Instagram daily story with a photo of a guy who took selfies using his phone. 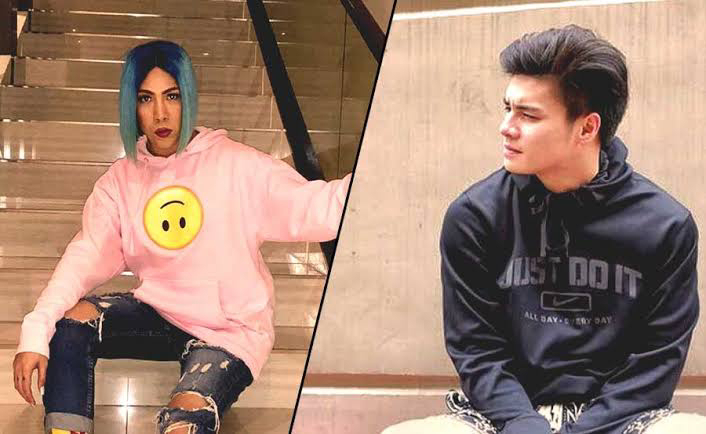 Just when Vice found a set of selfie photos on his phone's gallery. The handsome face of Ronnie just came out on the top of the images list.

Vice then emoted that he's angry about what happen though he finds it really cute, so he decided to upload a collage photo of Ronnie's selfies on his IG story, Monday, April 23rd.

Vice and Ronnie met on It's Showtime when the group of boys called Hashtags came to popularity. Ronnie was young that time and Vice was very envious about Ronnie having no hair on his armpits.

They became close friends and even go out with some celebrity friends together. They are also found playing billiards with some of Vice's friends.

It seems like Ronnie knows Vice's phone password if there is, making both of them really close to each other.

There's a rumor 'bout the two of them having relationship, an old rumor. Ronnie insisted that they don't have romantic relationship with the comedian host slash singer actor.

Vice also commented on that rumor that him and Ronnie are just really friends.

There closeness even came to a point where Ronnie gave Vice a pricey gift. There is no secret that Vice is really generous to his friends. He is a giver and Ronnie just thought about doing a payback.

Ronnie gave a pair of white Hermes shoes to the comedian host slash singer actor. Vice even posted the gift on his IG with heart emojis.

Vice has been closed to many celebrities which boys are called anak or in English child/ren. He even got a gift from a model-actor Dominic Roque, a box of a half-dozen donuts, and Vice was appreciative about it.

It's so good to have friends who are generous, but what's really amazing is having a circle of friends who appreciate you the way you appreciate them, and also generous to you, the way you become a great giver to them. Small gifts and even words of gratitude would really give impact. And it's like GOOD KARMA is running round the circle among each other.
Share to: