The You're Road You Know Jenny and her life

viral 10:55 PM
A+ A-
Print Email
Jenny, a Filipina who lives in Pangasinan, became viral after her video from TLC's reality show "90 day Fiance" spun around social media platforms.

Her line "your road (you're rude), you know", became meme and everyone is making fun of it but her life before was in to battle. 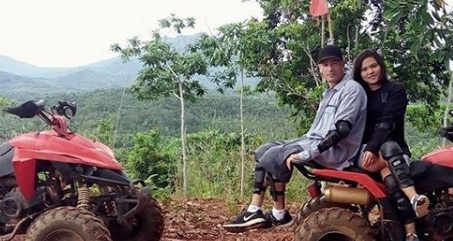 Jenny belongs to a broken family, her mom and dad separated. After the separation took place, they got a lot of debts to pay. She wanted to finish her studies but she really can't move forward due to financial issue.

That is also one of the reasons she can't speak English well, she never deny having trouble with it.

Since she can't make it to college, she worked as a saleslady/cashier but life was really tough. She was sick, she was diagnosed having a problem on her thyroid. She wanted to work but her body really can't do anything.

Her mother was an OFW in Brunei by that time. Even her mom was with her by that time emotionally, she is less to recover easily.

Until such time, her mom was able to lend a money for her medication. She reminisced about the moment that she had to go to the hospital all by herself even she was not feeling well. She cried in the bus at times.

She even experienced just lying for almost a year and she thought she would die but gladly she recovered.

She tried a dating site and there she met Larry, the guy she argued on the episode clip 'Your Road', but that ends well as Larry had a talk with Jenny's family.

That time as well, Jenny asked the producer what's the English word for Walang Respeto/Bastos, and the producer answered "rude", and that's the time Jenny got mad and used rude pronounced as road to Larry.

The start of their story was with video chatting after the dating site chat. They started and kept on video chatting, and after 3 days they started to say 'I love you' to each other. She was having fun chatting with Larry, and she fell in love with the guy.

About Larry, Larry is fond of vlogging. He has a YouTube channel, which is foreseen to be an adventurous guy. He has 2 kids but he has never been married. He owns a restaurant and currently residing in the US.

As Larry loves vlogging, he then asked Jenny to join a reality TV show in US, and that is the '90 Day Fiance', 90 days which is the same amount of days for a fiance visa.

Jenny had a fight with Larry's family for investigating her chatting with lots of men which she never deny. She chatted a lot of men because she was looking for love, but not until she found Larry.

She was even got upset that Larry was not defending her at that time, but Larry is on Jenny's side. She trusted Jenny more than anyone else.

They know each other, and God knows about them, so they don't matter what other people will say about them.

Until now, both of them are in love with each other, and Jenny is wearing an engagement ring. 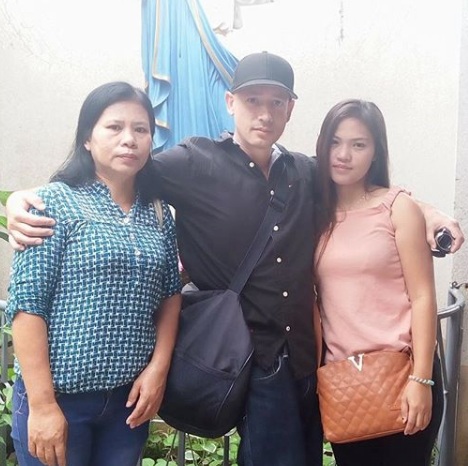 Recently, Larry brought Jenny to Brunei to visit Jenny's mother and even cooked food for Jenny and his future mother-in-law. That was fun and love-filled journey. That time as well made them know each other much more than before.

Jenny has been into life-situation battle but she had found her happiness and hopefully this will continue for a lifetime.
Share to: