entertainment 11:44 PM
A+ A-
Print Email
Pilipinas Got Talent season 6 got tougher as season's great finalists perform their acts and other performers will be tomorrow, Sunday. Who will win the PGT this year?

Well, Joven Olvido, the guy who has no skill in doing doing vape tricks but has a comical charisma and wittiness to the crowd already got a prize even the contest is not yet finished. 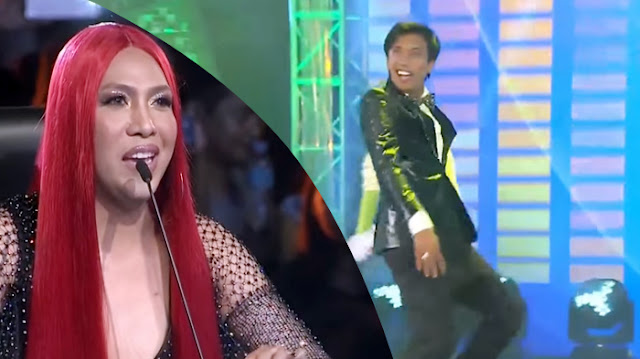 Joven showed his talent in the finals by talking to judges, dancing 'Dame Tu Cosita' viral dance, and singing his own version of Andrew E's "Humanap ka ng Pangit (at ibigin mo ng tunay)" --- on his lyrics it is 'Humanap ka ng Funny'.

Judges Vice Ganda and Angel Locsin find the performance not Joven's funniest act, than his previous performances which the 'parody of all Semi-Finalists who advances to Finale' made him the highest receiver of votes on that night.

Despite the not so-wow comments from the judges, Joven was able to make them laugh.

The cheers and laugh for Joven's skit did not just end there, the crowd did a massive cheer as Vice announced that Joven's presence would not end after the PGT season's finale.

Vice talked to his ABS-CBN's management and he will take Joven with him on his new movie project.

In short, Joven will now be part of the entertainment industry as a celebrity comedian.

Judge Vice already saw huge potential, since the beginning --- with Joven. Joven has the ability to think fast when it comes to throwing punchlines --- it is something Vice has and found, Vice, himself in Joven during his younger years.

Joven cannot explain his happiness, knowing that no matter what happen in the competition, he has a bright future ahead.
Share to: