KK Feud: Kris Aquino and Korina Sanchez having a feud?

entertainment 1:51 AM
A+ A-
Print Email
Korina Sanchez, a producer-news anchor, is a friend of the Queen of All Media, Kris Aquino. Kris even campaigned for Korina's husband, Mar Roxas, last Presidential election. All is well until Kris posted her disappointment about April 23rd's episode of Rated K which featured her ex-husband James Yap. 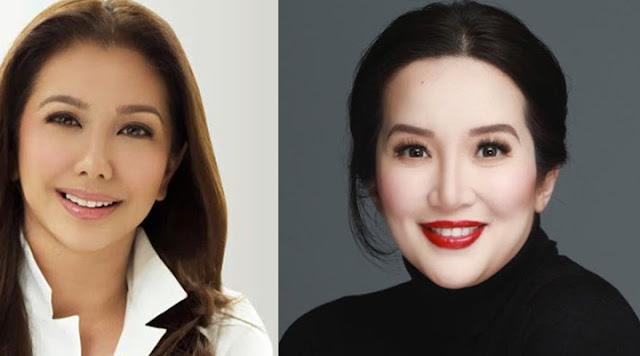 "It's simple, it's seldom that my brother would ask a favor to me, not for himself but for the candidate that he was endorsing. Because I love him, I did it. All of the tirade, just because of helping (the candidate), I accepted".

"Three times I went to Davao for the 2010 campaign, 2013 campaign for Senator Chiz & Senator Grace. And on Kris TV, PRRD (President Rodrigo Roa Duterte) all of the chances we met face to face, he showed goodness to me".

"The featured which the wife of Mar Roxas aired is a slap to my face. Yes, I take it personally because I sacrifice our future with my kids without asking anything in return. And the replacement (of what we did) for me and my kids will be a featured story of their deadbeat father".

"I apologize to my brother, I also ask apology to my godmother, the mom of Mar- but it's too clear to me on why Duterte won the presidency".

Rated K aired an episode featuring James Yap, Kris' ex-husband. The story on that episode was about James and his new family which could make Kris sad.

Kris has resentment on James after James neglected his responsibility as a father to their son. 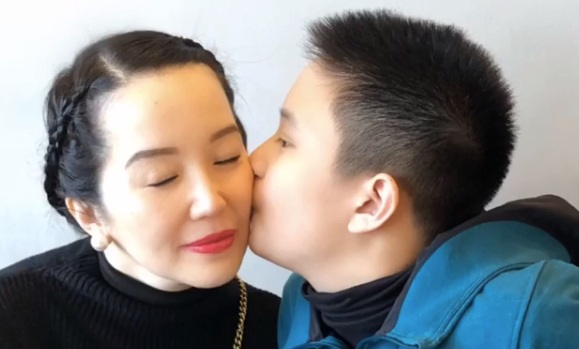 Kris and one of his sons, Bimb | Image from Instagram @krisaquino

She even posted some words for James on her social media account about James being half-truthful and hypocrite.

This is after James said in an interview that he misses his son (with Kris) and he will always be there for his kid (as a birthday message).

Kris didn't like his hypocrisy, and even said "I am ready to be bashed for washing our dirty laundry". She even posted a quote that even the nicest people have their limits, which is so true.

She acted as a mother and a father to her two sons, and all she needed is to not involve her kids in anything especially when it is not true or has a political ambitions and may use his sons to cleanse himself.

Kris and Korina has been friends and even worked together in a morning talk show entitled "Morning Girls with Kris and Korina" in ABS-CBN for almost 2 years.

Early morning after the day Kris posted her disappointments toward the show's host, she posted an Instagram video which contains music that filling her room with good vibes.