KathNiel will be having a new movie

entertainment 11:14 PM
A+ A-
Print Email
This 2018, KathNiel love team composed of two awesome stars, Kathryn Bernardo and Daniel Padilla, will have a new movie. And if you think that this is just a movie, no, you got it wrong, this ain't just a movie but one of the amazing movies ever.

This is due to the fact that this movie will be created as part of Star Cinema's 25th year anniversary. 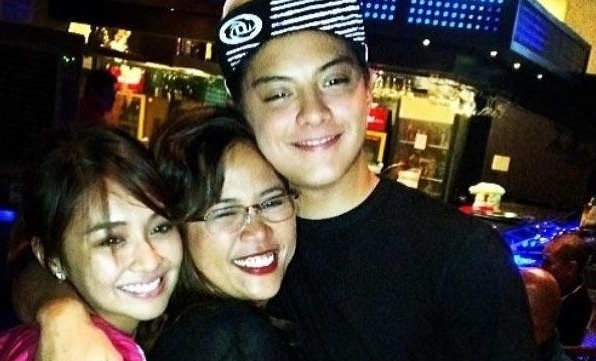 This movie will also be directed by the award-winning director Cathy Garcia-Molina, and said this would be one of her few future movies to be directed before she retires.

Daniel and Kathryn were working with Cathy a few times including soap operas. This movie would be a reunion for them since their first and only movie together was "She's Dating a Gangster".

Direk Cathy admires the two young stars for their attitude, acting skills, professionalism, and so on. She even chose Daniel as the hottest star of today on her stint on Tonight with Boy Abunda.

Back to this upcoming movie, these box-office trio held a Story Conference about their future movie, "The Hows of Us".

The story of the movie as per Kathryn would be about the two persons who has been with each other for a long-term relationship yet has to ask why they stay.

Daniel also disclosed that this kind of story was tossed by them for a long time.

As per Kapamilya heartthrob, this movie would be great to people, especially to those millennials who gave up on relationship right away. Making decisions to stop it. Like it is no longer worthy to fight for a relationship.

Direk Cathy teased what to expect in the movie.

She said that every actor, every director, viewers would always wanted to see something new/different. Many would ask that hopefully this would be a more mature movie, but it really depends on how we will define it: on how people will define maturity, how the actors will define it, and how she will define it. Let us just give it a try.

She added that we all have different interpretation, and all she can say is that they are working together, from the cast to the creatives, to everyone else, just to give the audience something new, especially for the two young stars, something new that you've never seen before but definitely not necessarily something you have never experienced before to that fact that this movie is all about what most of us have experienced.

We got a few guessing from the inspirational words being said by the trio blockbuster hit icons that this movie would be a serious romantic movie. A movie which could be too far from the happy-go-lucky Kathryn and Daniel on their young years of acting. Something far from the KathNiel we know in "Must Be Love".

But all in all, KathNiel love team has never disappoint us with their movies. Their movies are filled with so much romantic excitement flavor, and I'm sure this would be a blockbuster hit again, so allow me to say in advance, congratulations!
Share to: