I Can See Your Voice contestant's daughter not thankful of Luis Manzano's ₱10,000 help

entertainment 9:45 PM
A+ A-
Print Email
Veteran host-actor-model Luis Manzano was grilled but supported on twitter after an I Can See Your Voice contestant's daughter tweeted about the amount Luis gave them to celebrate a debut party.

On an episode of I Can See Your Voice, a soldier contestant was eliminated earliest and as a host, Luis asked some questions. The contestant shared his goal which is only to make his daughter happy. Contestant revealed that his daughter will be having a birthday 'debut' party. 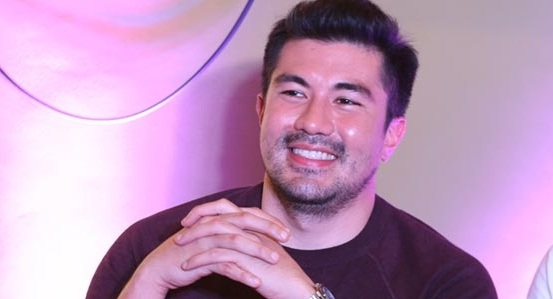 But the daughter of the contestant posted on her twitter account that hopefully, Luis would reveal the amount that the host gave for her debut party. She even added that the host requested a photo of the party then she added a naughty word continuing to say that they are the ones who paid for it -- the party.

Her tweets reached to Luis after netizens found her rant about the amount given was not enough for her debut. Netizens retweet it with a support remark to the veteran host.

Luis then responded and asked apology that he was only able to help with a few amount and t'was not enough to support the whole celebration. He cleared out that the daughter's father who joined the competition was the one who described what party would he like his daughter to have, which he got an answer 'simple celebration' only.

Luis then included that he thought ₱10,000 was enough, he asked for some information to the girl so that he could add an amount of money to support the expenses.

The host even said that he felt awful that he was not able to help the entire party celebration due to the "he-thought amount would be enough" money he handed over to the father of the debutant --- was really never enough as for the girl.

Well, many people were on Luis sides. Some people said that if someone gave you a thing or two, or whatever the amount of it, just be thankful. Able to receive is much better than receiving nothing at all.

Due to this incident, the contestant's daughter was bashed by many people until she messaged the host to help her with those bashers, for she can't no longer handle the stress.

By then, Luis cleared everything that they already have a talk about the ₱10,000 issue with the girl and they are all good now, 100%. The girl apologized to him many times as well. The host is very grateful to the support he got but he would like everyone to know that he is fine, let the girl have a break, and let go. He pity the young lady for receiving multiple bashes.

This is just a lesson in life that if someone give you something, be grateful. You may only complain if you paid for that something, and felt unsatisfied about it.

But it will always be best if you keep yourself humbled.
Share to: