entertainment 11:55 PM
A+ A-
Print Email
The night full of amazing performances was over. And the night won by a single mom who dances gracefully thru a hanging spiral tube. She beat everyone with her total percentage of 99.67%, a combination of text and judges votes.

After winning, the ranking of each contestant was shown. 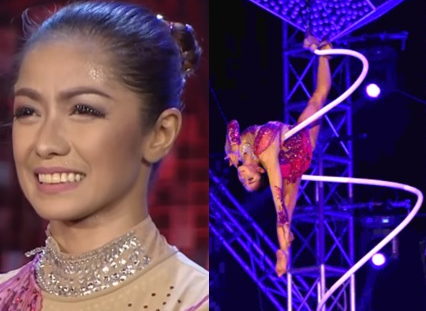 The first spot, of course, went to Kristel de Catalina, a single mother who gave up her dancing career to fully support her son. After the long time of taking care with her son, she thought of continuing her dream, not for her, but now for her son as well.

Kristel was a golden buzzer of the 'Unkabogable star' judge Vice Ganda. She continued to impress everyone as she has been a top performer from audition to semi-finals, from semis to finals.

Before PGT, she had a rising career in the world of dancing. She even performed and won in 2017 Air Stars 2nd Asian Aerial Dance Art Competition. She is truly a legend in dancing. 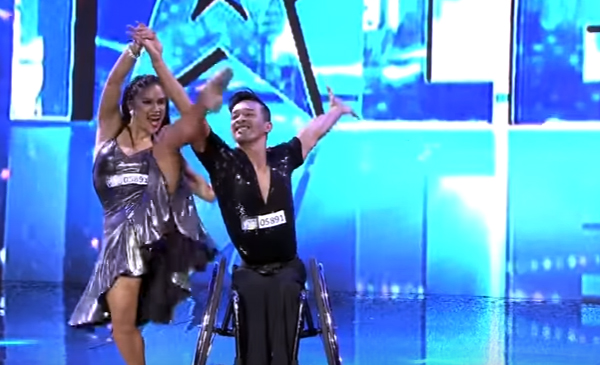 Julius, despite his condition, was able to perform well in a dance sport way, even stunts using his wheelchair is phenomenal. He can't stand due to his condition but with Rhea's help, they were able to make dancing possible to Julius, himself.

The dancing duo was a golden buzzer of judge Angel Locsin. Their graceful dance and Olympic moves make the duo special. Simply the dance while Julius is sitting on his wheelchair is a smart way of proving that whatever your situation in life, nothing is impossible.

The duo are planning & hoping to partake the 2024 Paralympics in France, and hopefully bring home a gold medal for the Philippines. 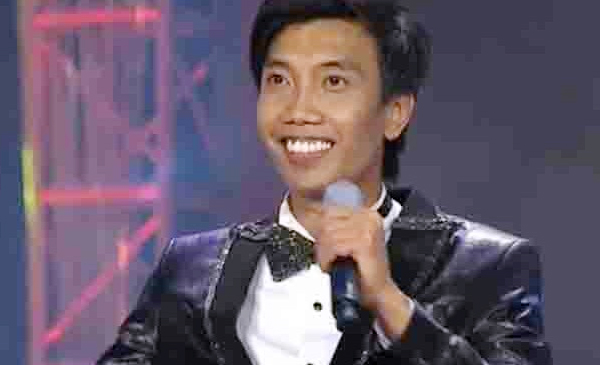 Joven performing in Finale | Image from YouTube/Pilipinas Got Talent

The third spot went to the comic star of the season, Joven Olvido, taking a total of 79.05% combined nationwide votes and judges' scores.

The comedian, who is also a tricycle driver, made a worldwide trend after his funny audition made it to the television and social media platforms.

The vaping tricks were so-so for the judges, but her character and charisma to the audience are unexplainable --- in a good way. The moment he talked with Vice, most people saw potential in him.

And because of that, Joven has the most viewed video on YouTube among the contenders.

Truly this guy, is one of the finest when it comes to wittiness. 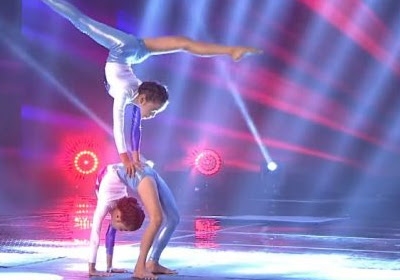 These little kids who flexed their body just like a man without a bone are fantastic. That is why they got the golden buzzer of the hosts of the show, Billy Crawford & Toni Gonzaga. 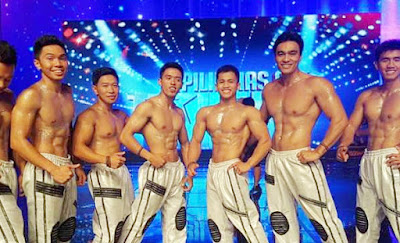 Bardilleranz on their Semis | Image from Pilipinas Got Talent

The golden buzzer of Sir FMG made it to the 5th spot, collecting a percentage of 60.65 in total. They are the people who do exhibitions on pull up bars, the Bardilleranz.

Each of the member's body is full of strong capacity and agility to dance and carry their body while pulling up bars. If you'll try it yourself, you might end up crying and doing nothing with pull up bars. 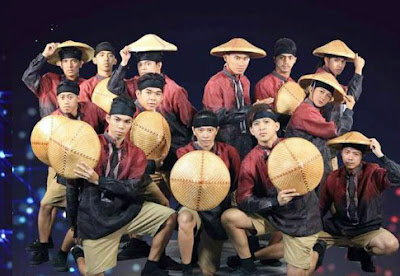 The Nocturnal Dance Company | Image from Pilipinas Got Talent

Although the judges and the people like the performance of Nocturnal Dance Company, they got the 6th spot, garnering 43.91% of votes and judges' scores.

The team is a golden buzzer of judge Robin Padilla. What made them special, as a group of dancers, is their way of doing a choreography which shows the influence of Filipino arts. Although the group has foreign moves, Filipino moves were not taken for granted. 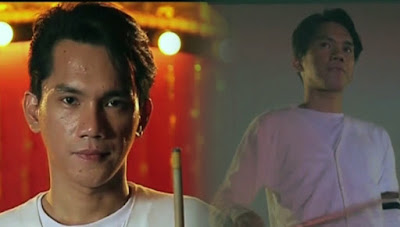 The 7th spot was won by Jonacris Bandillo, a billiard trick master. He got 40.59% of combined nationwide votes and judges' score.

Billiard tricks are not easy especially when there are crowds watching and expecting you to do it right. Although Jonacris did not able to blow the first trick right, the rest were excellence.

He did a few tricks and that is why one mistake should not cover all the perfect tricks he had accomplished.

These group of people made dancing fun on the top of posts. Who would like to dance, stamp feet, and jump on the top of a tall electric post? Well, count them in because that's their amazing talent which made them advanced to finale.

Xtreme Dancers got the 9th place. They got 31.70% in total. Their dance is okay to the judges, it is just some of the judges don't see amazing impact or wow factor to win the night.

Despite the words, judge Vice added that whatever happened that night, the performance did not make them a less of a talent.

The 10th place went to the lip sync diva, Orville Tonido. He got the 27.21% combined votes and judges' score.

Orville made a name online as well, as he performed the Maja Salvador song "Dahan-Dahan" (Slowly) with a twist. He started to take out some leaves out of his body garments symbolizing the sound-like thing of the word Dahan which is Dahon (leaves). Everyone was enjoying the moment.

He also won the judges' votes to advance in the Finals with a Jessa Zaragoza song "Siya ba ang dahilan" (Is she the reason), making Siya Ba a sound like of a thing --- Saba which means Banana. On his performance he pulled out different kinds of bananas out of his dress ang gave it to his back up performers.

Do you agree with the ranking? Tell us your opinion on the comment box below if you have time. Thank you.
Share to: