local, news 3:21 AM
A+ A-
Print Email
Thousands of tourists left the island of Boracay yesterday, the 25th of April, as today would be the first day of its temporary closure.

With or without the president's executive order, the closure should be started as per agreed by most local officials who were also waiting for an executive order's issuance, and the declaration of state calamity covering the island's 3 villages. 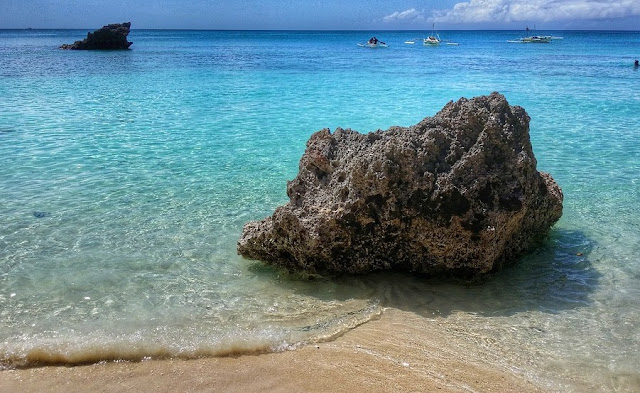 From Caticlan jetty port, only the local people of the area and workers who have terminal passes and identification card/s are allowed to purchase boat tickets to travel the island.

Many foreigners agreed with the closure as they have noticed the problem on the sewage system in the island.

The temporary closure will rehabilitate the island from making toxic chemicals --- which would be more an issue if it meets the beautiful sea.

Based as well on early reports, the president would like to make it an island of agrarian reformation. This agricultural plan would give more benefits to the residents, especially to those indigenous people of the island.

Many business tycoon had benefited Boracay, and most of these business people are not from the island itself. Yet it gives jobs to some residents but you cannot erase the fact that what they will earn from working in a resort would not be really enough to supply their daily needs, and/or be successful in life.

That was discussed and explained by the previous DENR Secretary Gina Lopez in an interview with ABS-CBN news anchor, Karen Davila.

Gina was able to ask a resident in the island and knew from that guy that their earnings were not really that enough. Though she stated that she has no problem with business gurus but she thought people who originally from Boracay should be the first one to utilize their island.

As of now, there is no major update in the island.

Previous report about Boracay is, the island will be secured by our police so properties will be protected, peace and order will be implemented, and island itself will be safeguard from intruders.
Share to: