Anne Curtis finished a race in a London Marathon

entertainment 8:30 PM
A+ A-
Print Email
Anne Curtis-Smith finished a race in London raising funds for the children in Marawi towards UNICEF's response.

Anne was not able to join the wedding of her It's Showtime co-host and friend Billy Crawford, who married ex-Showtime host Coleen Garcia, due to the run activity --- London Marathon. 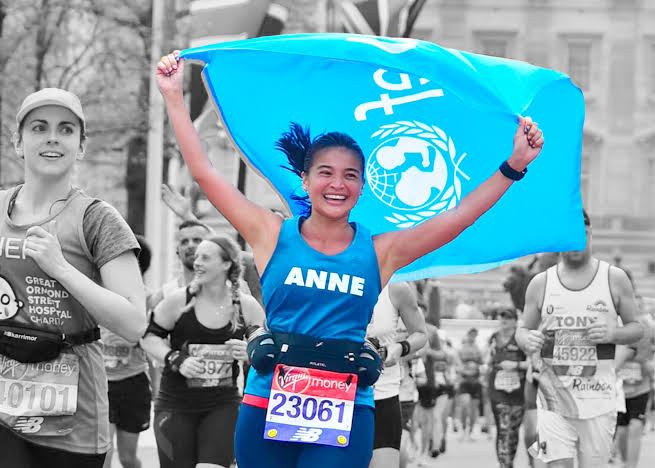 She signed up for this great run for a cause to help the children of Marawi.

Anne finished 42-km with UNICEF's flag flying high for knowing that all her efforts will be paid off. She posted on her Instagram account the moment and a message of how happy she is, the children of the Philippines are worth it, and she will never get tired of doing it again and again for the kids.

She, as well, thank the people who supported and donated for knowing that as of yesterday, they have raised 381,707 and counting on her 'simply giving page'.

"As promised, I shall match the final amount", she added.

Erwan Heussaff, Anne's husband, was there to support his wife. Exhausted and weeping Anne turns back to her husband after the successful marathon.

She considered this moment as one of her greatest achievements. It's actually her second time to join the marathon.

Marawi was into a terror-attack which many houses, establishments, and livelihoods were destroyed due to war. Anne notice the needs of the children who are the future of the world, and she won't let anyone barrier the dream and hopes of those young people --- in the best way that she could.
Share to: