KZ Tandingan got a standing ovation and able to place higher

entertainment 9:54 AM
A+ A-
Print Email
KZ Tandingan moved the Chinese audience again with her heartfelt performance which gained her a standing ovation from the crowd in Singer 2018 Episode 7. 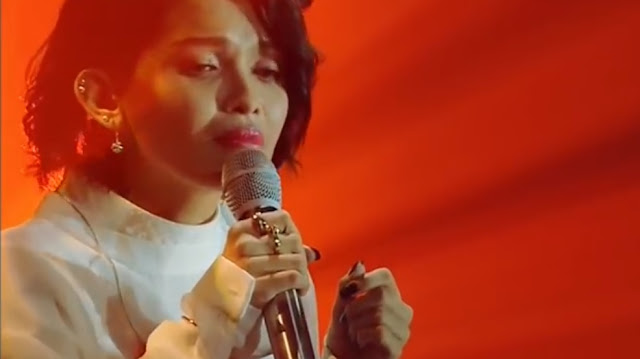 KZ placed 4th for this week's show. She sing a foreign song originally sung by A Great Big World band featuring Christina Aguilera, "Say Something". KZ didn't utilize the whole band and requested for a guitarist only, who is from the Philippines, with a backup drummer.

The performance made some audience in tears and everyone is respecting her by giving a loud applause.

In ranking, KZ got the 4th place which made her safe while a new performer, Tengger -- 58 years old experienced singer with ethnic feature, got the 2nd place. Jessie J was rank 3rd and still Hua Hua took the first spot.

KZ has a crystal voice that carries you to an emotional ride. Her voice is perfect for an emotional song because it carries soul and power.

KZ made a name in the Philippines by winning the first and only X Factor version in the country.

Her audition on that time was unforgettable, because it was the first time the Filipino heard a woman with a voice quality that can interpret the song even it is in different language.

She also rapped on her audition which made impact to the audience and the judges, giving her standing ovations.

Singer 2018 is one of the biggest singing competitions in China. The people who rank the contestants are only found in the audience.
Share to: