Skaters are spinning on Britain's Got Talent audition

international 10:06 PM
A+ A-
Print Email
Kids, don't try this at home. These professional siblings can spin your world, right round, right round! They are Billy, and Emily who auditioned for this year's Britain's Got Talent.

Yes, you have heard it right, Britain's Got Talent, they just recently started the show. 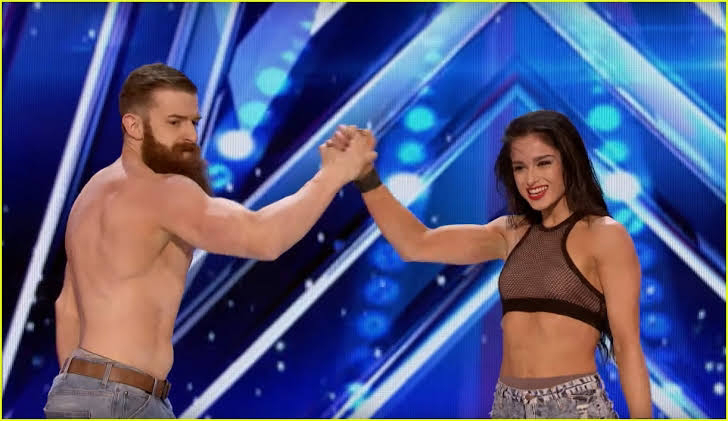 Well, the two brothers and sisters from Birmingham have started skating when Emily was five, and Billy was eight, until they were hooked to it. They introduced themselves in front of the panel while wearing their skates.

When the time has started for them to perform, everything is so gentle when both of them stepped in to a small circle running in circle.

Billy carried his sister and both of them spun from gentle to no more.

Everything from that moment became fast, and people are terrified as they have seen Emily's head close to the floor.

But then, they are professionals and it went so good.

The judges are on their feet, giving the siblings a standing ovation for their unbelievable act. Alisha Dixon said "it's so dangerous but fantastic", and so Amanda Holden, "it's dangerous and fresh".

Simon Cowell said that he has seen skaters auditioned before but those are horrific, but their act was an act he had never seen before and he find it incredible.

David Walliams kicked out the show with a big fat yes, and so the rest of the judges, making Billy and Emily passed the audition and will have the chance to be part of the semis.
Share to: