Jollibee has been a trending topic online 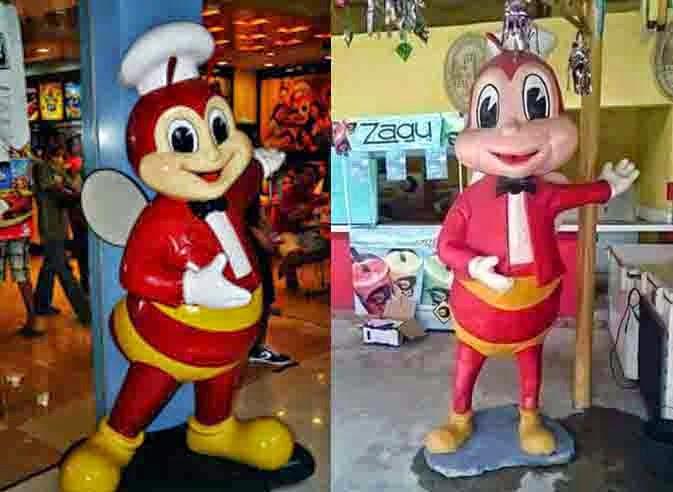 This image of Jollibee (mascot) has spun around the internet and it has been a trending topic on twitter with #PrayforJollibee.

As you can see, Jollibee on the left side is the one that we always see when we visit Jollibee store.It is cute, chubby, and with a perfect smile. The Jollibee mascot on the right side is thinner. As you can see its legs and body are different from the original one.

The owner of the image is unknown but the people online are talking about it.

Some people said that Jollibee is on drugs, has an illness, and some are sending messages like "get well soon" for Jollibee.

Here are some tweets of the online people: 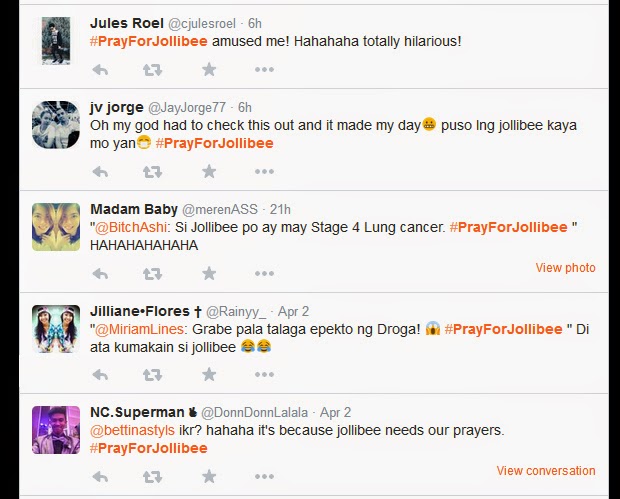 Tweets from Twitter as per Jules Roel:
"#PrayForJollibee amused me! Hahahaha totally hilarious!'

Jv Jorge tweeted:
"Oh my god had to check this out and it made my day (emoticon) puso lang Jollibee kaya mo yan (With heart Jollibee you can make it). #PrayForJollibee"

NC.Superman also made a tweet:
"(Mentioned someone) ikr (I Know Right)? Hahaha It's because Jollibee needs our prayers. #PrayForJollibee"

Jollibee has never been that thin, he is jolly and he runs fast food, why he become skinny? This would be the question and the answer would be either it is a copy cat or a mistake in carving the mascot structure.

Whatever it is, Jollibee is still selling big time.