A Pack of Dogs from nowhere Gathered in a Funeral 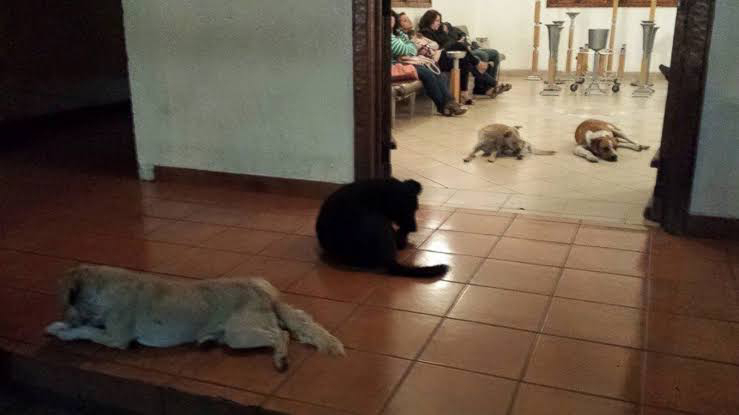 A pack of dogs gather at a funeral home in Cuernavaca Morelos, Mexico, which makes the ceremony of Margarita Suarez surprising.

Suarez was an animal lover. She spent all of her time feeding stray animals like cats and dogs in her place, Merida Yucatan.

After her death, her family members brought her 830 miles away from her hometown for her funeral.

What surprised the family is to see a pack of dogs from nowhere joined their mother's funeral.

Patricia Urrutia, her daughter, said that her mom was an animal lover. Her mother couldn't help herself but give a food to the stray ones, there were even times that her mom fed the stray animals first before herself.

When they arrived to the place, a pack of dogs from out of nowhere entered the room and they stayed all night long like they are guarding her mother.

In the morning, the dogs left and haven't seen in any places, but an hour before taking her mother away, the dogs visited again like as if to say farewell.

She added that she swore to God that what had happened was something marvelous and beautiful.

Urrutia told Mexico's Norte Digital that her brother-in-law asked the people from the town if the dogs were from the funeral home, but no one seen them before.

She also told the ABC News that the moment she saw the dogs coming in, her pain of losing her mom vanished, that everything was going to be fine.

Because of the dogs, they were happy and made a lonely situation to a wonderful one, she added.