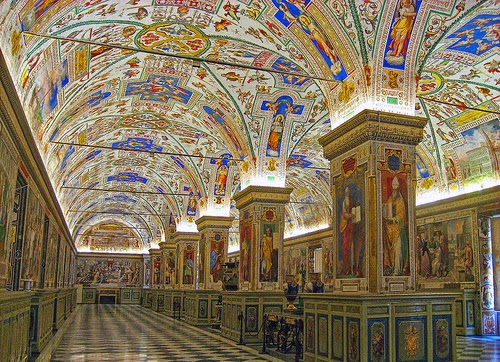 The Vatican welcomed 150 homeless people for a private tour in the museum and gardens. They also received dinner in Vatican Museum's cafeteria, and invited to pray in the Sistine Chapel where the pope made a surprise visit.

The Vatican said that Pope Francis went through 20 minutes with the guests, meeting every one independently.

He approached them to appeal to God for him saying that he requires petitions to God from individuals like them.

Graziella, one of the homeless guests said to the Italian news org ANSA that it was an extraordinary shock meeting the pope. She added that the pope was smiling a ton however most importantly she was struck by his modesty.

Who else would have done this? No one. She generally go to chapel however she have never experienced such mankind and quietude.

The visit passed the Casa Santa Marta, where Pope Francis decided to live rather than the stately Papal flat, and incorporated a stop at an as of late opened room in the exhibition hall that houses the pope's recorded carriages.

The welcome is only one of a series of moves made by the pontiff to contact poor people.

To check his birthday in December, Pope Francis had sleeping bags dispersed to the homeless in and around the St. Peter's Square. In February, the Vatican established showers and procured stylists for the homeless around the square.

Furthermore, in mid-June, Francis will lunch with some of Turin's homeless on a visit there, the Vatican declared yesterday.