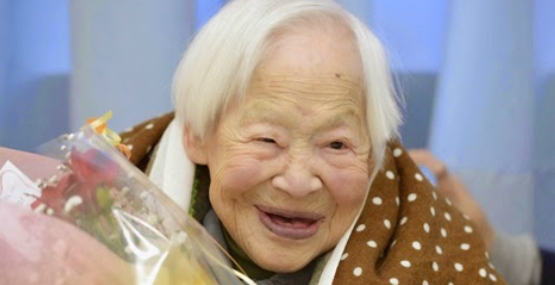 A Japanese woman named Misao Okawa, who was the Guinness World Record oldest living person, passed away at the of 117 early Wednesday at Osaka, Japan in a nursing home--said her close friend.

Japanese has a lot of people who live beyond 100's and it is sad that it was deducted at this moment.

The secret that was informed by most Japanese for long life is being in love with herbs and eating vegetables.

Okawa is one of the true outcome from living healthy and earn a long life.

It was a sad day that a life has vanished this world but one thing is for sure, Okawa made a history, she was listed as one of those oldest living people on Earth.
Share to: